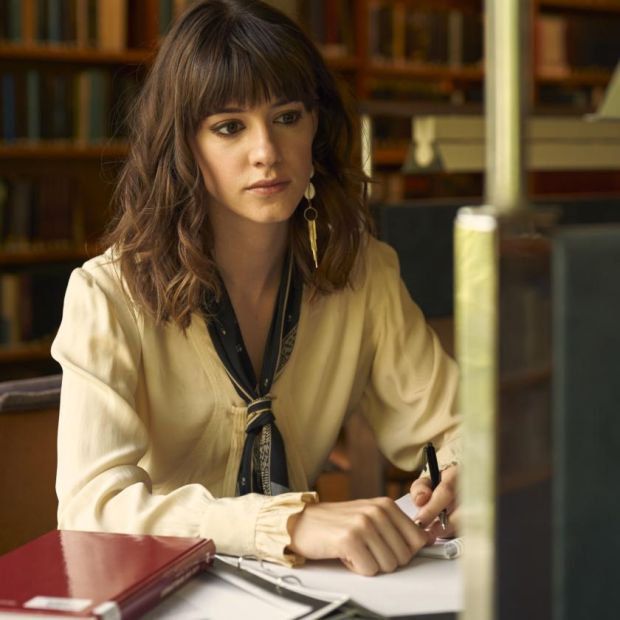 Normal People took over the world this month, with everyone from James Corden to the Kardashians speaking out about their love for it. We’ve already covered 10 things you probably didn’t know about Paul Mescal, who played Connell. Now, it’s time to get to know Daisy Edgar Jones, aka Marianne, a little more.

Surprised? So were we! Daisy was born in London and grew up in Muswell Hill there. She credits her “brilliant accent coach” who helped her get the perfect Irish accent and the director of the show who was very specific about the exact accent Marianne should have. She definitely fooled us, and as we’ve seen in the past, actors don’t always get our accent quite right!

2. Showbiz runs in her family

Daisy’s father is the director of Sky Arts as well as being one of the creators of Big Brother, and her mom, from Northern Ireland, has worked as an editor on TV dramas. Daisy grew up around sets so it seems it was in her blood to be a star.

When Daisy was 14 she began to perform in a youth theatre group and by the age of 16, she had been spotted by an agent and signed. From there she began auditioning for professional roles.

Tom Varey, played Cley Cerwyn In GOT, was also in the movie Pond Life, which is where he and Daisy met. Very cute. It was actually him who let her know about the Normal People audition! Thanks Tom, from all of us!

5. She related to Marianne when reading the book

Daisy has said that when she read the book she kept thinking she was Marianne, which made her really want to get it right. She told Elle, “You can never satisfy everyone, but I love the book just as much as the next person. I want to do it justice.”

Naturally, for a non-Irish native, GAA is a foreign concept while seeing it for the first time. Daisy admitted to the Irish Independent, “I am a GAA convert now and the thing is I had never seen it before…I was watching the guys take to the field and I noticed that there were these two men in lab coats by the goalposts and I couldn’t figure out what they were doing there…then someone told me that they were referees in the game and I was careful enough not to say that to anyone else.” Easy mistake Daisy…

The ITV series Cold Feet was her first television role which she appeared in at just 16. She has also appeared in the series Gentlemen Jack and War of The Worlds before starring in Normal People.

8. She used to be shocked that Irish people would say hi to strangers

Having been to Ireland a number of times growing up, Daisy admitted to the Irish Independent that there was something that she didn’t quite get about us Irish before, “I always found it shocking when people would walk down the street and say ‘hi’ to complete strangers…I was coming from London and this was just horrific to me.” We guess we won’t be nodding “hi” to any strangers while visiting London!

9. She had an awkward moment while auditioning

In an interview with BBC three Daisy recalls that she was the last character to be cast and during one of her final auditions she accidentally walked into the audition room while the others were reading with another actress who was auditioning for Marianne. While Paul Mescal doesn’t remember the scenario Daisy says she was “mortified”.

Like her co-star Paul, Daisy has been in live theatre productions. One of her most recent shows was a play called Albion which she performed in the Almeida Theatre in London.