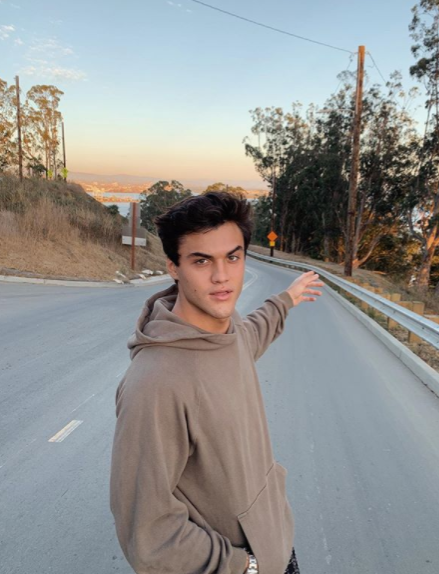 When you think of the Dolan twins, you think of both Ethan and Grayson together, right? While the two are pretty much inseparable, and have been since they began their YouTube channel back in 2014, the two are actually pretty different. It’s hard to speak of one without the other, but since Ethan is the ever so slightly older twin (that fun fact was free!) we’ll start off with listing 10 facts about him that you very possibly didn’t know. Let’s go.

Ethan has been doing competitive wrestling for years and in 2013 when he was just in 8th grade (that’s 2nd year in Irish school terms) Ethan and his twin got to compete at Madison Square Garden! Fairly Impressive, eh?

His birthday is on December 16, 1999, making him a Sagittarius! The most common Sagittarius traits are optimistic, hilarious, and honest – which sounds about right in Ethan’s case.

Started out on vine

If you’re an OG Dolan twins fans you more than likely already know this one, but the twins found fame on Vine with their funny videos and shirtless dance practices back in 2013. You can probably still find some of those videos today by looking them up on YouTube.

Has his own business

Ethan founded a fragrance company called “WakeHeart”, which according to its website aims to “discover inspiration for our fragrances and convey that inspiration through scents that provoke confidence and encourage memorable experiences.”

In February of 2020, Ethan spoke out about his struggle with acne and how it affected his self-esteem. Something which helped his young following a lot, as many teens also suffer from skin problems.

He has Irish blood!

On twitter, Grayson had confirmed that both twins were Italian/Irish!

He’s in a relationship

As of yesterday, October 13th, Ethan and his Australian girlfriend Kristina have been together for one year. Ethan marked their anniversary with a series of cute snaps and a declaration of his love in the caption, “it has been the best year of my life” he said – cute!

His father passed away

2019 was a very hard year for Ethan with his father losing his battle with cancer. The boys were very close to their father and they shared their loss with their fans.

He Was Emma Chamberlains rumoured BF

Emma Chamberlain and Ethan were linked as an unofficial couple for a while, ever since the sister Squad which consisted of the Dolan twins, Emma and James Charles. The rumours stuck around for a bit but earlier this year Emma was linked to a different Youtuber and it was said that the twins had unfollowed her – tea!