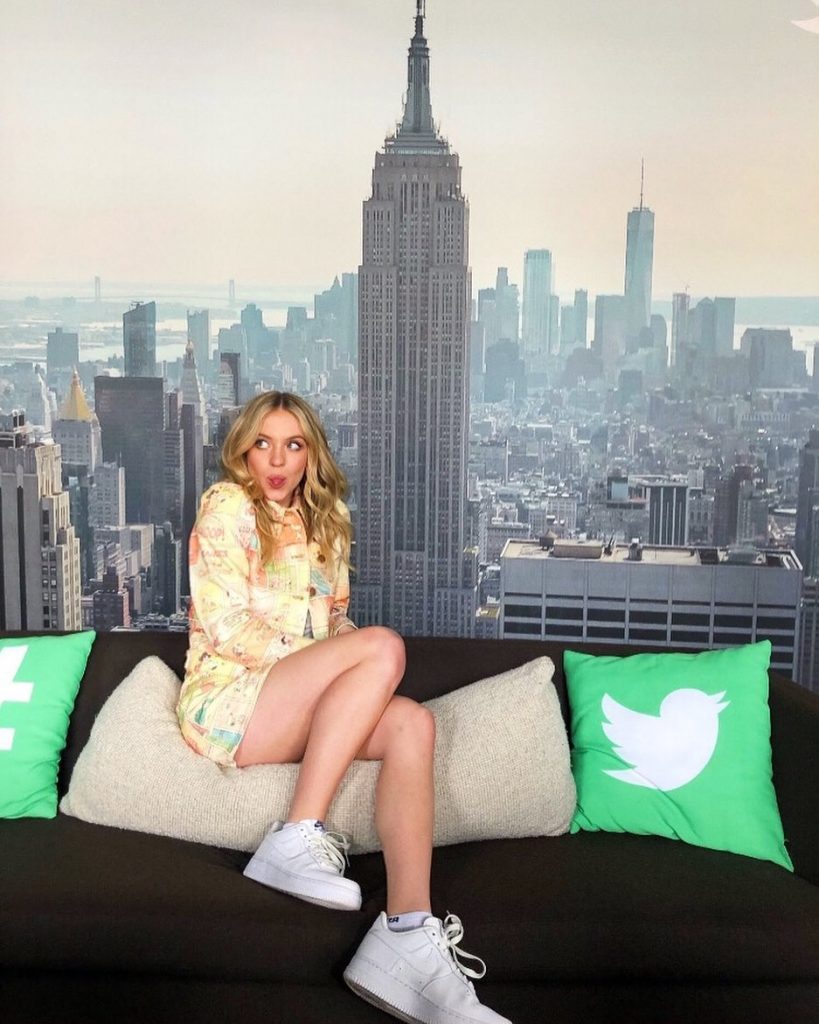 With HBO’s Euphoria season 2 premiering episode by episode the past few weeks, the internet has been more interested in the actors than ever. And with Cassie being a focal point this season, all eyes have been on 24-year-old Sydney Sweeney. But even though she has been under a microscope, here are 10 things you probably didn’t know about the star.

1. She made a 5-year business plan to help convince her parents to let her act

Before starting her acting journey, Sydney had to get her parents on board with the idea and to do this, at age 12 Sydney created a 5-year plan to showcase how her career in Hollywood could go with her cards played right. Thank god it worked because we cannot picture another Cassie!

With their on-screen relationship as sisters, knowing the two are close off-screen makes the pair even better! Getting to see their bestie photoshoots is a dream come true and we honestly have never been happier.

3. She has a passion for cars

If you’re not following Sydney’s TikTok account @syds_garage you are seriously missing out! Not only does she express her love for cars through the videos, but she also shows off her killer mechanic skills! Since following this account, life does seem that little bit better.

@syds_garage she’s finally driveable! sending her off to get reupholstered this weekend 🙂 #bronco ♬ Fake – The Tech Thieves

4. She sometimes struggles with playing the role of Cassie

When playing a role like Cassie, it can take a lot to get into the mindset of a complex character. Sydney opened up about how that can be difficult for your everyday life. Being so invested in the role for the HBO show, Sweeney says how sometimes she can see Cassie slip into her own character sometimes, stressing how the two are very different and how it is difficult to see herself falling into Cassie’s insecurities in her own life.

5. She is trained in MMA

Before acting, Sydney used to train in kickboxing and grappling. But when her acting career took over, the training got put in the backseat. She doesn’t train as much as she would like to due to her current job but hopes to return to it in the future. At least we know not to mess with her!

6. She majored in business to help understand her contracts

Getting an education is such an important thing and Sydney did not let her acting career get in the way of that. Majoring in business, Sydney opted to get a degree like that to make sure she understood every aspect of her contracts. She wanted what she was being paid and why. We love a talented businesswoman!

Before we saw her in Euphoria Sydney was in many popular shows you know and love. Including Greys Anatomy, Pretty Little Liars and The Handmaids Tale. She has a long resume of successful shows and movies behind her and we hope that there is a lot more to come from her!

8. She has a production company

When she’s not acting, Sydney helps female actors find roles that suit them and their careers the best. Working with directors and producers to find the perfect cast for manuscripts she reads and can see in her head.

Even though she keeps it very quiet, Sydney Sweeney does apparently have a boyfriend. His name is Johnathan Davino and he is a restaurant owner. The two keep their relationship under wraps but have been together since 2018.

10. She writes books for her characters

As if playing the roles wasn’t enough work, Syd creates an entire life story for each character that takes up around 100 pages to understand them better! The effort she goes to for a role is exactly why she captures someone like Cassie so well and why we love her!