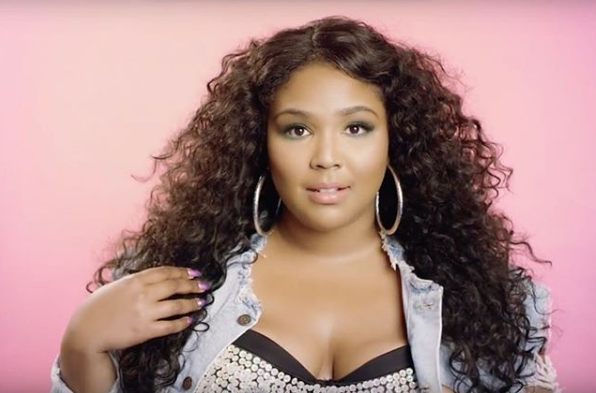 Chances are you’ve bopped around your bedroom to at least three of Lizzo’s songs. Whether your fave is Juice, Truth Hurts or Hot As Hell, she’s got an upbeat empowering tune for you. But there’s more to Lizzo than her incredible voice and undeniable beauty. It’s been a long and tough road to success for the 31-year-old. Here are ten things you probably didn’t know about Lizzo.

Her real name is Melissa

Or, Melissa Vivianne Jefferson, in full. So if you or someone you know is called Melissa, you’ve got the perfect nickname opportunity right there!

Many devoted Lizzo fans will know that she loves a flute solo during her live performances. But the star was actually classically trained by renowned music teacher Claudia Momen from the age of 10 until she graduated high school. Remember that next time you’re cursing or complaining about having to play the tin whistle or the accordion!

Lizzo has explained that when it comes to love and relationships, there is no one category that she falls into. “When it comes to sexuality or gender, I personally don’t ascribe to just one thing. I cannot sit here right now and tell you I’m just one thing,” she told Teen Vogue. “That’s why the colors for LGBTQ+ are a rainbow! Because there’s a spectrum, and right now we try to keep it black and white. That’s just not working for me.” We love seeing such a big star express the importance of not fitting into one specific label!

She appeared on Made in Chelsea

While you’d instantly spot her in the background of a show now if she were to appear, just a few years ago she almost went unnoticed. During an NYC spin-off of the show for series 17, the singer can be seen performing on stage at an event. In the crowd, Lucy Watson, Binky Felstead and Oliver Proudlock can be seen dancing away. This was in 2014, which shows how hard she’s worked and how popular she’s become in just five years.

She lived in her car when she was just 21

It’s hard to believe the hugely successful singer struggled so much just ten years ago. Lizzo previously revealed that she lived in her car when she was really struggling to break into the industry. Her father had just passed away, she was down on her luck and had no money, she was even ready to give up on her dream of becoming a star. Thankfully, she stuck it out!

Lizzo struggled with confidence but is now a body positivity activist

You’d be forgiven for assuming that the hugely confident, beautiful star has always been comfortable in her skin. The singer admitted that as a teen, she felt she couldn’t be a singer unless she was thin. Thankfully, the singer chose to embrace her beautiful figure and extended the activism to her team too.  Her group of back-up dancers, the Big Grrrls, consists of all plus-size dancers.

She describes herself as a nerd

Lizzo has previously revealed that she was a massive fan of anime and considered herself to be a geek. She was a big Sailor Moon fan and her bedroom was decorated in posters and merch from the manga series. Her favourite character was Sailor Saturn.

Lizzo was born on April 27th 1988 making her a Taurus. If you’re into star signs, which she is, that would mean she’s reliable, patient, practical, devoted, and responsible. They’re also known for being pretty stubborn and uncompromising too!

She was in several bands become becoming a solo star

Lizzo was in various bands from a very young age. The first of which when she was only fourteen. The Chalice, Grrrl Prty, The Clerb, Ellypseas and Absynthe were among the bands she was part of.

She even collaborated with Prince

This is something that not many people can say, that they collaborated with Prince before they even reached stardom. Lizzo joined Prince on his 2014 album ‘Plectrumelectrum’ for the song “BoyTrouble”. She called it a “surreal” experience and said it was “like a fairytale”.