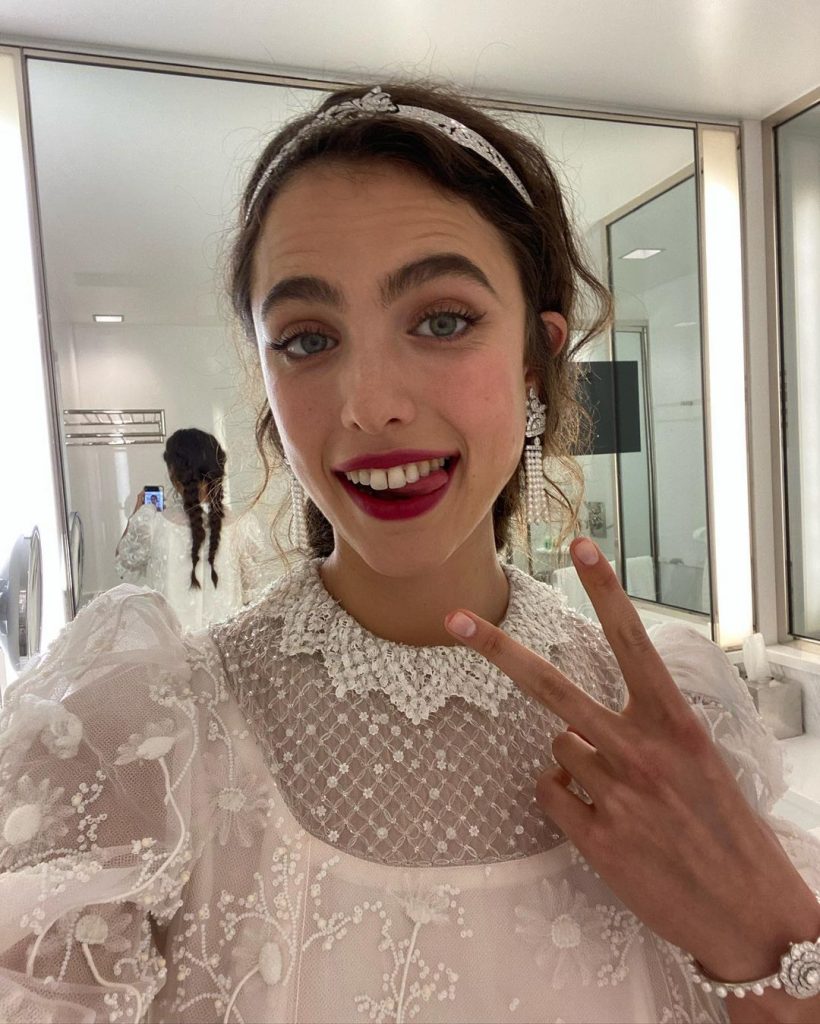 Margaret Qualley is the face of the new Netflix hit series, Maid. It follows Alex, a young mom who decided to leave her abusive partner, it’s not an easy watch but shines a light on an incredibly difficult sitaution. If you found yourself googling the lead during the show, get to know the actress a little better.

1.You might recognise her from Once Upon A Time In Hollywood.

Margaret first major role was as hitchhiking hippie Pussycat who lived with the Manson family.  She got up close and personal with Brad during their driving scene. Elle reported that Qualley was shocked at how much she was in the movie saying “I’m in more than I thought!”.

Her father Paul is a model and her mother is renowned actress Andie MacDowell, who plays Qualley’s mother in MAID, eccentric artist Paula. She’s been in huge rom-coms like Four Weddings and a Funeral, Ground Hog Day and Green Card.

Margaret dated Saturday Night Live actor Pete Davidson. They were first spotted together in 2019 and were together for a short time.

4. She wanted to be a dancer

In an interview with Paper magazine, she mentioned how she wanted to be a ballet dancer. But between the lack of training and wanting to be the best, she gave up. But she knows it was the right move as she wouldn’t have gotten her acting opportunities if she had just been a dancer.

5. She’s got a tattoo to mark the Netflix show

Margaret posted on her Instagram that she got a tattoo once filming wrapped, commemorating her time on the show and with the cast and crew.

6) Her sister is famous too!

Her sister Rainey is also a popular actress. She’s starred in Ocean’s 8, Perfect and Ultrasound.

it’s evident on her and Rainey’s Instagrams that they love dogs, including her husky Book and their family dogs.

She mentioned on The Tonight Show with Jimmy Fallon that she moved to New York City when she was 16, but still isn’t sure if she can call herself a new yorker.

9) Breakfast is her favourite meal

She and Jimmy bonded over the fact that they LOVE breakfast food and even poked fun (and Margaret literally poked at) at a photo where she showed off her breakfast like avocado.

Margaret’s birthday is coming up on October 23rd, when she’ll turn 27. This makes her a Scorpio which means she’s passionate, persistent and loyal.

Head over to Netflix to watch Margaret as Alex in Maid.