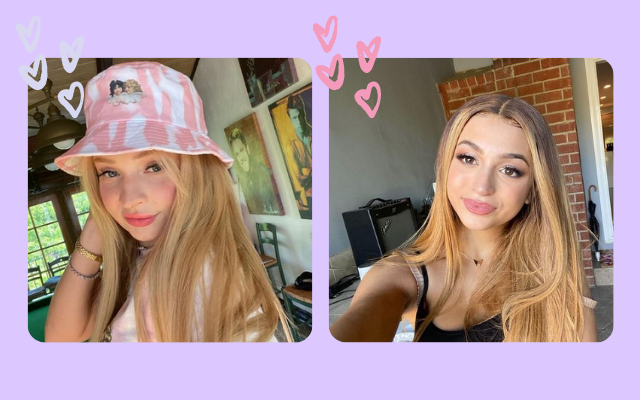 Today is Trans Day Of Visibility and we’ve decided to round up some of the most inspirational trans people in the public eye.

The purpose of today is to be unapologetically visible and proud, and all of these people on this list are exactly that. Let’s share their stories:

Elliot has been a phenomenal actor in the likes of Juno, Tales Of The City, The Umbrella Academy, and more. He has made himself a pretty mainstream and well-known talent in the industry. Because of this, the fear of coming out to so many eyes must’ve been overwhelming, but on December 21st, 2020 he did exactly that.

Josie is an actress best known for her roles in Jessie, Champions and more recently Saved By The Bell and Moxie.

In an interview with TIME Magazine, the Disney Channel star goes really in-depth about her experiences being a trans kid on a TV show. Specifically, the struggles of people assuming her identity “people would just assume I was gay”, “people kept assuming my identity”.

Being open with her struggles growing up can be a very difficult thing to do, but she has a lot of liberation now after finally being herself. “it’s a clean slate — and a new world.”

The ‘Orange Is The New Black’ Actress is a true LGBTQ+ advocate and a proud trans woman. She is a fantastic role model for so many reasons.

Now THAT is inspirational!

They are best known for their role in ‘The Politician’ on Netflix. It’s not often we see non-binary people on TV, and Theo is definitely a shining light, so we are so thankful for them to be giving visibility to our non-ninary actors.

On the LGBTQ&A podcast, Germaine explained, “I joke and tell people my first memories are The Lion King and gender dysphoria. I remember being three years old and being in daycare and we were all lying down on our mats and trying to nap, and I remember not being able to nap because I would always just sit there and think about gender.” Germaine being so open about this is going to really help people going through the same thing.

Nikkie De Jager, better known by her Youtube channel name ‘NikkieTutorials’, is the future of trans women and what trans people everywhere are fighting to be: just themselves.

She was unfortunately blackmailed rather than coming out on her own time, but she is still unapologetic and proud.

In a video on her Youtube channel titled ‘I’m Coming Out’, ”I can’t believe I’m saying this today to all of you for the entire world to see. But damn, it feels good to finally do it. It is time to let go and be truly free,” she says in the introduction.

She is an impressive role model for all of her audience.

Unfortunately, the number of main-stream trans artists are still very low. There isn’t a lot of representation in the music industry, and considering Kim has made such a huge name for herself and become so mainstream and successful, is a massive eye-opener to the world and also inspiring to trans youth.

Andreja rose to fame as a supermodel who modeled both male and female clothing before transitioning in 2014. She is the first trans model ever spotlighted by Vogue.

Sarah is an American politician and a Democratic LGBTQ activist who won the Delaware State Senate race and became the first openly transgender state senator and the country’s highest-ranking transgender official.

After winning, she tweeted “I hope tonight shows an LGBTQ kid that our democracy is big enough for them, too.” Immensely inspiring.

We couldn’t pick just one! So much talent, so many inspiring stories, and so much representation. These women are fantastic in and out of the show.

The show covers LGBTQ+ culture, specifically black ballroom culture, and the trans women’s stories throughout. In real life, the women are just as inspiring. They are constantly advocating for trans rights. Something we can all look up to and respect.

Arguably the two most important trans women ever. The ones who started it all. Pride wouldn’t exist without these women and LGBTQ+ rights probably wouldn’t be as widespread as they are nowadays without them either.

If you haven’t heard the story of the stonewall riots, and want to see how Pride began, watch “The Death and Life of Marsha P. Johnson”. You’ll surely learn a lot from it.

We hope this list brought a lot of visibility to you, and from us at KISS: Happy Trans Day Of Visibility!

It’s important that we acknowledge and support trans people every day, not just today. You can do this by listening to your trans friends and family members and supporting organisations like TENI and BeLongTo. If you are trans or questioning, you can get support from TENI here.

What Does Transgender Mean And How Can I Be A Trans Ally?