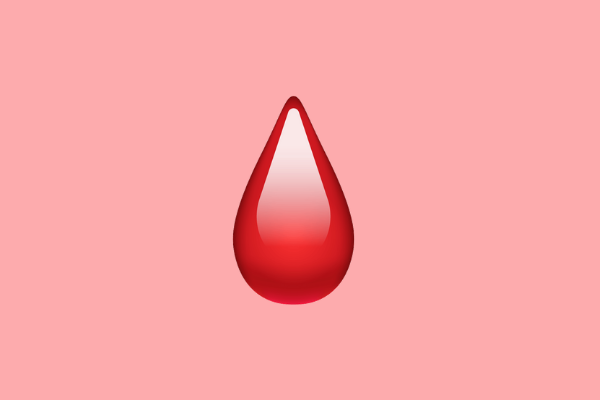 We recently chatted about 5 Period Myths That Need Debunking Asap, and now we’ve got 5 more for you…

Although one of the most natural things in life, menstruating is still, for some reason, a seriously taboo subject. Why? We have no idea tbh. If cis males had to experience periods every month, we can only imagine the open conversation that would take place around it, so, we want things to be exactly the same for all menstruating humans.

Treating periods as something that needs to be kept hush-hush only leads o misinformation being spread about it. Did you know that if your tampon string falls off, it’ll get stuck up there forever? and that you can’t go swimming while you have your period, otherwise sharks will eat you? Yeah, that’s all false, and sounds silly when you really think about it, doesn’t it?

So, in a bid to stop the spread of rumours that are circulating out there in the world, here are 5 more menstration myths that need to be set straight, period.

Myth: Your Cycle Can Sync Up With Your Gal Pals

Fact: Okay we have to admit, this one has shaken us to our very core. For years we had been under the illusion that if you spent a lot of time with other menstruating humans your cycles would inevitably sync up. A study carried out in recent years by period tracking app Clue and Oxford University has debunked this myth of syncing periods. The research found that periods will not sync over time between those who spend a lot of time together, but in fact do the opposite, causing the cycles to separate.

The fact of the matter is, the likeliness of having a day or two of overlapping periods with those around you is high. For example, you could be on the first day of your cycle while your best friend is on their last, but that doesn’t necessarily mean you have synchronised, it’s just a likely coincidence when more than one menstruating people is in close proximity, meaning menstrual synchrony is all fiction, little fact. Cycle sistas no more *broken heart emoji*.

Myth: You Can’t Exercise During Your Period

Fact: How we wish that this one was true, truly we do. But ladies, I am so sorry to report, it isn’t. Unfortunately, there is no scientific reason you should skip your workouts during your period, unless feeling sorry for yourself counts as scientific?

Research has shown that light exercising during that time of the month can actually help to relieve symptoms while it’s also beneficial for your overall health. Core exercises are probably best avoided though if you are suffering from cramps or bloating, but light cardio and weightlifting is a go-ahead. If you do fancy getting a little active during that time of the month, we’ve rounded up some of the best light exercises you can try here.

Fact: Oh, it very much is real. For those of you who may not be aware, PMS stands for Premenstrual Syndrome, which is a combination of symptoms women experience a week or two prior to their period beginning. The most common symptoms include bloating, headaches, and mood swings.

According to the Office Of Women’s Health, around 90% of women claim to experience PMS, a figure that contradicts this idea that it doesn’t exist, (seriously though, who came up with this one!?) What’s more than this, it has recently been found that 3-8% of women suffer from a condition called PMDD, or premenstrual dysphoric disorder. Probably best described as PMS on steroids, PMDD causes severe irritability, depression, and anxiety alongside the standard PMS symptoms too. If you feel you may be suffering from this speaking with your GP or gynecologist may be beneficial to avail of medications and treatments available to you.

Fact: “Periods are a part of life, and being crippled with pain during that time of the month is to be expected”, except… it’s not. The idea that periods are painful and there is nothing we can do about that is now common discourse and often causes underlying conditions and disorders to go untreated. Conditions like Endometriosis and PCOS affect around 200 million women worldwide and too often are ignored for years. This is because the conditions can cause severely painful periods, which, according to society, is to be expected among people who menstruate each month.

Endometriosis is a condition that occurs when tissue similar to the lining of the uterus is found outside of its normal spot, with its common symptoms being painful periods, pain during intercourse, and excessive bleeding. PCOS or polycystic ovary syndrome is a condition that affects a woman’s hormone levels, causing them to produce more-than-normal amounts of male hormones, with its common symptoms being consistently irregular periods or none at all, weight gain, acne, and painful periods when you do experience one. If your period pain interferes with your daily routine you should seek medical attention, because accepting severe pain as a part of life is one myth that seriously needs the boot.

Myth: Periods Are Something To Be Embarrassed By

Fact: This myth severely needs debunking asap. Menstruation shame is so ingrained in our behaviour that 58% of women admit to feeling a sense of embarrassment when they get their periods. It’s astounding that in 2020 women still feel the need to hide the fact that they menstruate. Feeling it necessary to shove a tampon up your sleeve when you leave a classroom, or blaming going to and from the bathroom on a ‘weak bladder’ just shouldn’t be. Periods are nothing out of the ordinary and neither is being open about them if you please. So cya later, shame!

If you enjoyed this, you can check out our other menstruation myth debunking post below!