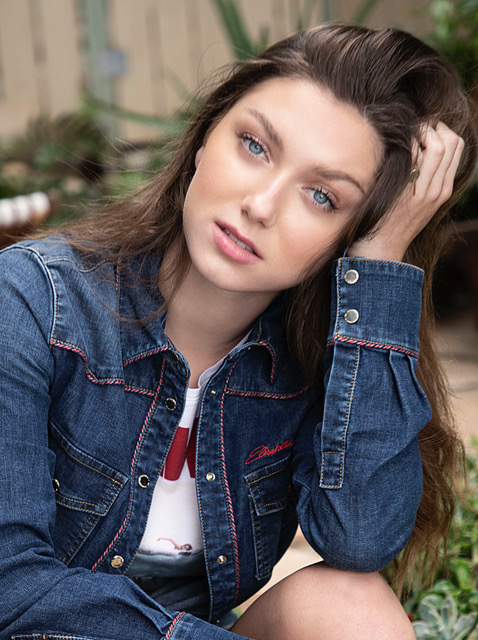 We ask some of our favourite celebs pressing questions to find out everything you want to know. We take one for the team and get nosey, probing for some seriously cheeky info with our seven rapid-fire questions.

This time around it’s Isabella Blake-Thomas, star of Secret Society Of Second-Born Royals on Disney+. Isabella plays the uber-friendly Princess January, who is from the Kingdom of Illyria and is part of a new class of second-born royals tasked with saving the world.

The 18-year-old from London, also played Young Zelena in Once Upon A Time and released her debut EP released in 2019.

We find out all about her celeb crush, most awkward moment, and guilty pleasures.

That would be my music. I’ve been working on lots of songs during quarantine and will be releasing a new single at the end of the year. I also have a light hearted EP that will be out next year to lighten the mood for people.

Who is your ultimate celeb crush?

That would be Tom Holland. Need I say more? I mean come on, he’s spider man! I also think he’s super funny and I’m a sucker for any guy that makes me laugh and smile.

Describe your first kiss in 3 words.

If you had to work but didn’t need the money what would you choose to do?

I would be an artist. I love drawing and painting. You don’t necessarily make money from that if your work doesn’t sell, but it’s something I enjoy and I’d get paid in happiness.

What’s the most embarrassing thing that’s ever happened to you?

I was with a group of friends at the Grove and they were convinced that they’d seen Charlize Theron and wanted a picture. Me being the outgoing person I am, asked her for a photo. It wasn’t until later that we realized that it wasn’t her and I’d taken a photo with a very polite, probably confused, stranger.

The t-shirt says it all ⭐️ I got the chance to do some of my own stunts on the movie and I can’t wait for you guys to see them 💁‍♀️🎞 . . . . #Actress #Disney #DisneyPlus #SecretSociety #SecondBornRoyals #SSSBR #PrincessJanuary #BritInLA #Beetees

Tell us a secret about yourself?

My guilty pleasure is watching Dr. Pimple Popper on Instagram and YouTube. There’s something very satisfying about watching them and it stops me from messing with my own skin which is a habit I think we all have!

If you could give your 13-year-old self one piece of advice what would it be?

Own who you are and who you want to be. I’ve been fortunate enough that I’ve never really felt like an outcast but I definitely went through an awkward phase when I had braces and acne. I wish I had been more accepting of myself and told myself that it was okay to be the kooky person I wanted to be.