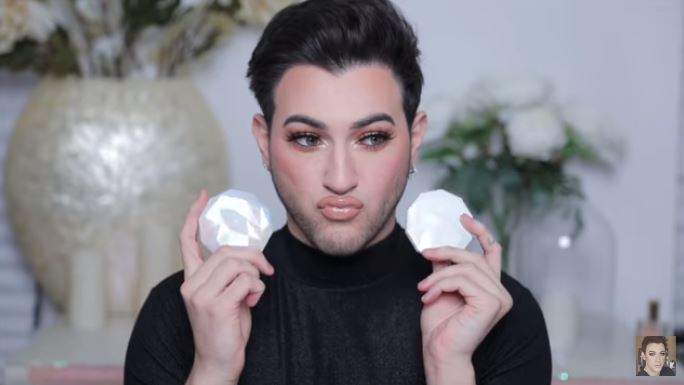 Another day, another dupe drama.

With so many beauty brands out there, with so many products, it’s bound to happen that two products might occasionally seem kind of similar.

Manny Mua however, feels that Makeup Revolution’s compact highlighter is just too similar to his own Prism Powder compact.

The Youtuber uploaded a video in which he held the products side by side and discussed his disappointment at a big brand allegedly copying his brand Lunar Beauty.

“I’m spending so much money investing into my brand and for a big brand to come in here and recreate and replicate mine, and just take it for their own, it’s such a hard pill for me to swallow. It’s not fair.”

“Dupes are one thing but copying and ripping off is a whole other thing and to put the nail in the coffin it’s a highlighter too.”

Since Manny’s video on March 15, Makeup Revolution have agreed to pull the product from their range.

“Revolution were presented this component by several third parties at a publicly attended trade fair in March 2019 and were led to believe that it was a freely available design. Our product – part of Revolution’s Glass Collection – launched in February 2020.” they said.

“Having seen MannyMUA’s video, released on Sunday 15 March 2020, in which he produces documentation purportedly showing the componentry tooling of his product (even if not any protectable copyright or trade dress rights in that product), as a matter of courtesy and out of an abundance of caution, we have taken the immediate steps to remove the product from sale and will notify our distributors to do the same,” they told Cosmopolitan.