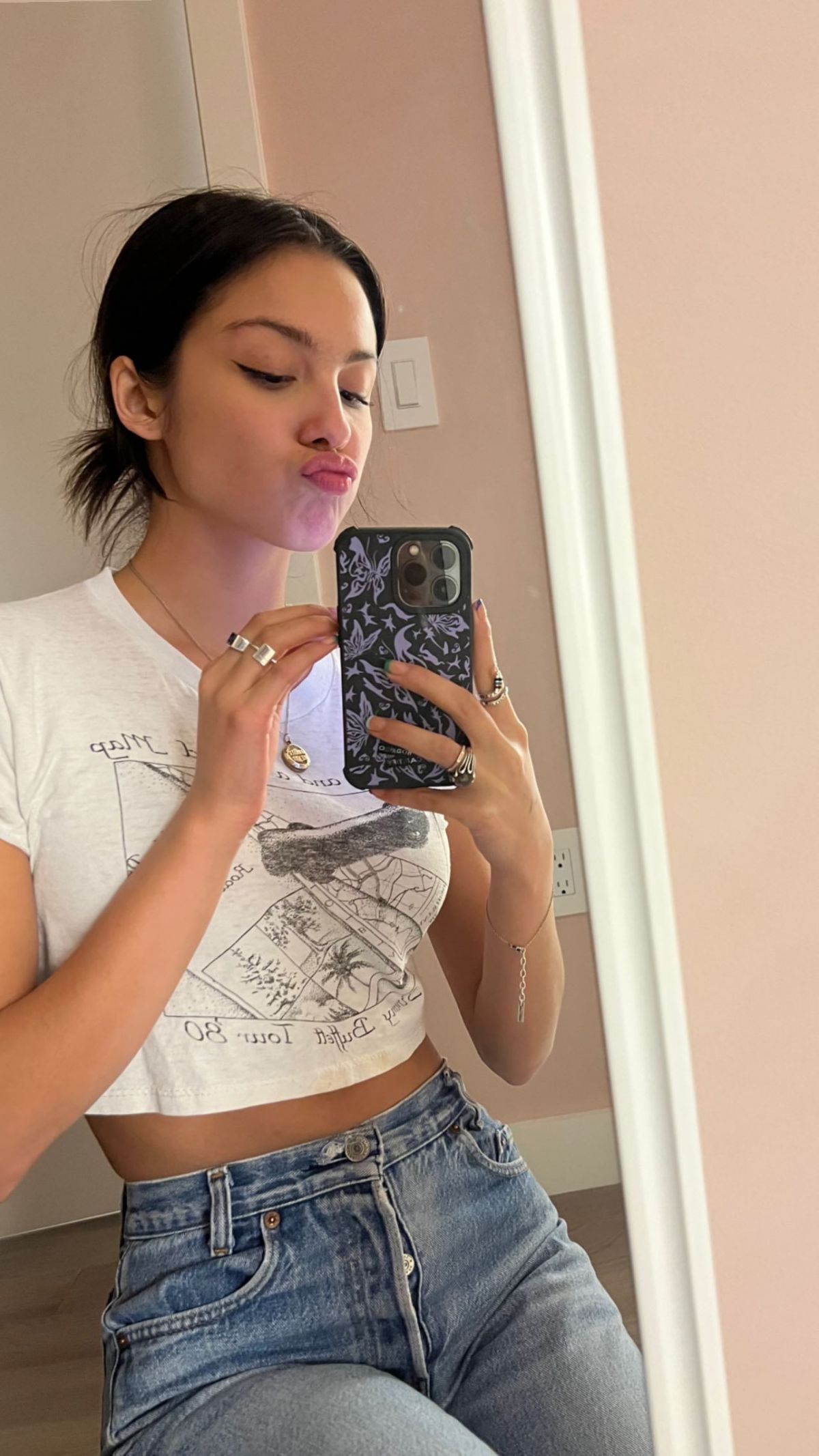 It’s hard to believe that just 2 years ago Olivia Rodrigo was simply known as a young Disney actor. Now, with her massive hit ‘Drivers Licence’ plus many more chart-topping singles under her belt, we couldn’t imagine a world where we’re not completely obsessed with Olivia.

From what she’s wearing to what she’s doing, we want the full 411 on Olivia, and that extends to her dating life too. The 19-year-old shared a pretty big snippet into her love life through the lyrics on her album ‘Sour’, and so we’ve compiled together her full dating history. From the rumours to the confirmed couplings, here it is.

Olivia’s most recent confirmed BF was Adam Faze, a music producer. Rumours that the pair were dating began back in summer of 2021, and bu November 2021 pap pictures of them kissing while on a date in LA had confirmed the romance.

However, the relationship seemed to be short-lived as rumours that they broke up began in February of this year, with a source confirming the news with People that they have been ‘over for a bit now’. 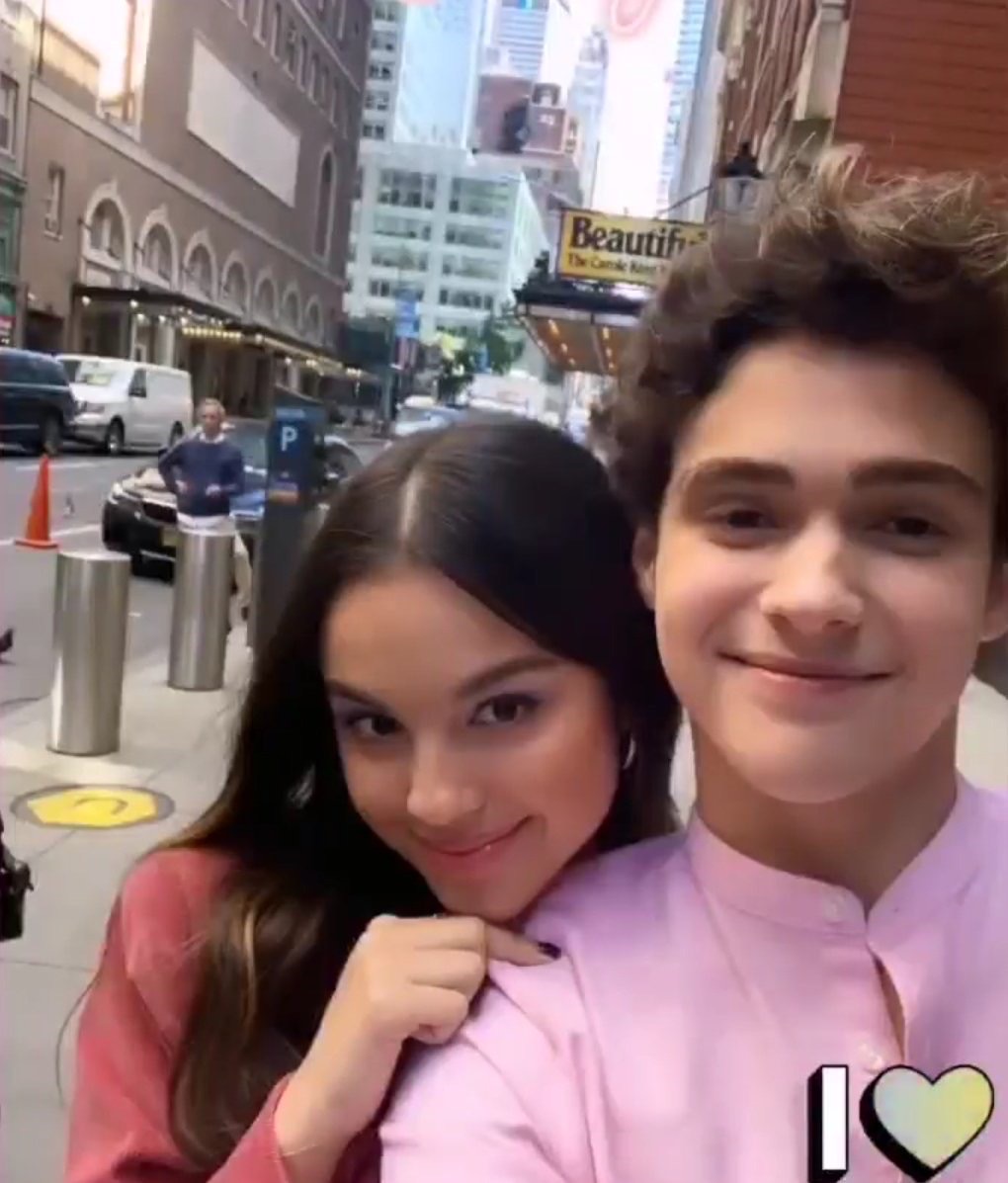 Probably Olivia’s most talked-about relationship. It’s believed that Olivia and Joshua began dating around 2019, when they first met on the set of HSMTHTS.

Of course, unless you’ve been living under a rock you’ll know that her hit debut ‘Drivers License’ was rumoured to be about Joshua and their relationship, as the lyrics ‘brown-eyed grin and messy hair’ would suggest. Fans also speculated that Olivia found herself caught up in a love triangle with Joshua and a girl he was also rumoured to be dating, Sabrina Carpenter. While both Olivia and Joshua have not confirmed or denied the relationship, we couldn’t not include Josh in our round-up. 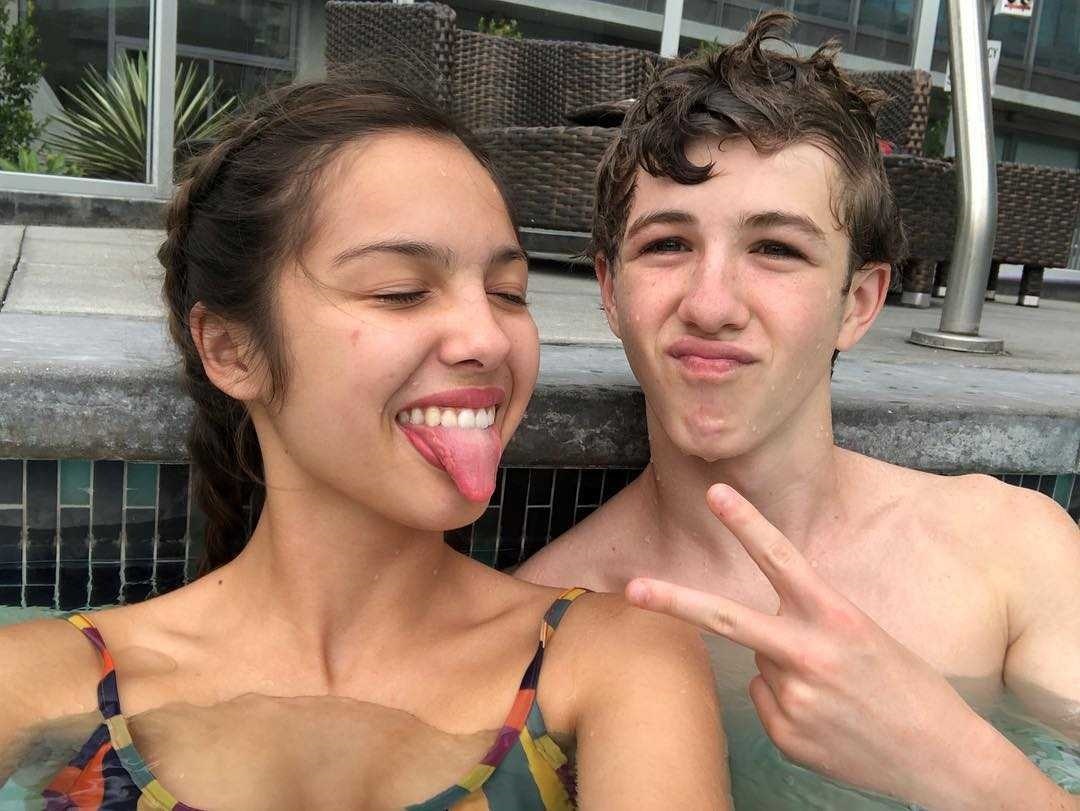 Olivia dated fellow Disney actor Ethan Walker for around a year from 2018-2019. The two were pretty open about their relationship, making things insta offish after 6 months with a cute post.

However, the romance didn’t last too much longer afterwards, as in August 2019 it was reported that things were over between the two. Solidfying the split, Olivia also deleted all of the pictures she had of Ethan from her Instagram grid, yikes.

Some fans were pretty convinced that Olivia and singer Conan Gray were a thing, but they were in fact wrong. Olivia and Conan are friends who often collaborate on music together, and are often spotted hanging out together in LA, posting selfies to Instagram, but there’s nothing more going on between them. Anyone else think they would kind of make a cute couple though?!