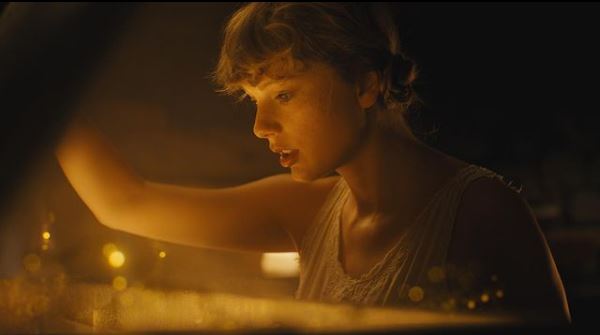 Earlier this year, the singer stopped us in our tracks by dropping her Folklore album just hours after revealing it was on the way.

Fans reckon she’s working away on a new project thanks to an Instagram post she shared this week.

And now, she’s dropping a doc to give us an insight into creating Folklore.

Taylor Swift – folklore: the long pond studio sessions is a look at the album that got everyone talking during a difficult time in the pandemic.

Taylor Swift, Aaron Dessner (The National), Jack Antonoff (Bleachers) and Justin Vernon (Bon Iver) created the album together thousands of miles apart from each other and had never been in the same room together until the doc was made.

In the one-off special, which was filmed in September, Taylor is accompanied by co-producers Aaron Dessner and Jack Antonoff along with a guest appearance by Justin Vernon (Bon Iver), performs each song in order from folklore and for the very first time, reveals the stories and secrets behind all 17 songs.

The doc is coming to Disney+ on Wednesday, December 25th.