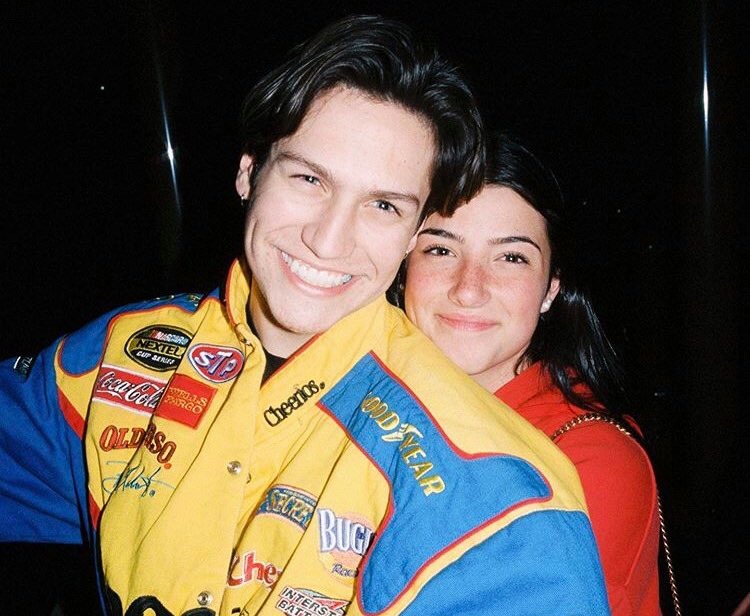 Okay, so the TikTok world blew up overnight… With almost every big TikToker getting involved, tweeting or unfollowing someone there is a LOT to digest. Let us try to explain what happened and all the drama in between…

1. Chase Hudson kissed Nessa Barrett and then went to Charli’s house after..

Ouch. So where all this drama began (we think…) is when it came out that Chase and Nessa kissed, and Charli didn’t know about it… Nessa Barrett used to date Sway member Josh Richards, while they were dating there was drama between Josh and Chase because Chase supposedly tried to hit on Nessa while they were together. This led to the whole diss track with Bryce Hall about Chase *remember this point for later*. So, now Charli has unfollowed both Chase and Nessa and Tweeted this message:

As well as this she posted an Instagram with the caption “Your loss :)”, which fans are speculating is aimed at Chase. In a string of unfollow spree’s both Chase and Nessa have been unfollowed by many members of the Hype House and Sway House and TikTok community, even unfollowing each other.

2. Chase tweeted and Charli clapped back

Chase tried to clear up some drama by saying that he and Nessa were both single when they kissed, but Charli had some other words to say on that.

Sway member Anthony Reeves also replied to Chase’s tweet, saying, “lmao”, and dissing Chase for getting with a girl “one of [his] homies dated”. Josh also tweeted about the situation without naming Chase, saying that he shouldn’t have given him a second chance, since the pair made up recently following their previous Nessa drama.

3. Josh and Jaden confronted Chase before the Twitter drama

So, after Chase’s Tweet, ex Sway boy Jaden tweeted calling Chase out for lying and said that when they confronted him he admitted to being wrong… Ooh the drama.

In the midst of the Twitter war, Bryce Hall tweeted Josh Richards and proposed a part two to “Stay Softish” their original diss track to Lil Huddy. Josh said he was on board and Bryce suggested that it would “crush his career”, we have no doubt there will be some serious shade in this new track.

5. Chase tweeted cheating accusations against literally everyone else

This.was.TEA. So while all the drama was surrounding him, Chase decided he wasn’t the only one who deserved this treatment so he exposed some information about other TikTokers, including saying that Griffin cheated on Dixie twice…

Not only did everyone mentioned in the tweet deny the claims, Charli responded shading Chase for trying to deflect his actions.

Dixie also stood up for Charli…

Someone who did believe some truth in Chase’s tweet, however, was Olivia Ponton, who seemed to confirm she believed the Kio cheating rumours…

Kio was quick to respond and deny these claims.

Dizzy yet? Same. But there’s more.

7. Jaden and some other boys go to confront Chase

More drama. Following the controversial tweet, Jaden Hossler and some friends arrived outside The Hype House to confront Chase. In videos from Jaden’s live you can see him shouting up at Chase to come down and talk about it, and says he’s not there to fight.

Would it be a TikTok drama if everyone didn’t put their two cents in? A lot of stars had something to say, here are a few of their inputs.

Isaak Presley tweeted implying that Chase asked Kenzie to go hot tubbing while he was still talking to “his girl”, which could have been Charli…

Thomas changed the name of a video which suggested Nessa was about to become a Hype House member to, “Nevermind”, ouch. Nessa and Thomas both unfollowed each other during the drama.

9. The boys talked and all seems to be resolved… for now

After Jaden went on live at The Hype House, it seems Chase agreed to come down and talk. He later tweeted saying they worked things out and it’s over, Chase retweeted his tweet and deleted all his other comments.

Phew, so much drama in one night. Nessa has yet to speak on the subject and we are sure this Bryce Hall and Josh Richards diss track is going to come out real soon, as well as this Bryce teased a new video for today…Yikes.

We will keep you updated.