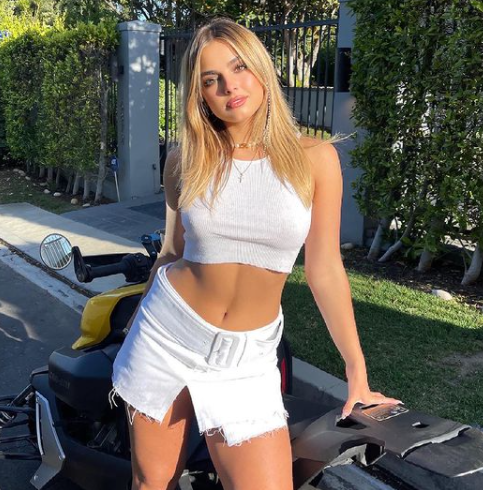 TikTok star Addison Rae opens up about a scary incident with fan outside her home.

On an episode of her ‘That was Fun? With Addison & Sheri’ podcast on May 13th, the 20-year-old reveals a terrifying incident with a fan.

Addison and this week’s guest, makeup artist and TikTok star Avani Greg share their scariest fan stories, including an incident with a screaming man outside Addison’s window.

The TikTok star was in bed watching Netflix at the time when she heard a car door slam.

“All of a sudden someone screams at the top of their lungs and they were like Addison and it was a man,” Addison revealed.

Addison’s dad was home at the time of the incident. “It was like midnight and I ran upstairs as fast as I could, I was crying, I was shaking,” she said.

“My heart fell to my toes and I was scared.”

With over 80 million followers on TikTok and 32 million on Instagram, Addison Rae is one of the world’s biggest social media stars. However, this incident reveals that Addison’s level of fame isn’t all positive.

Despite some scary encounters Addison reveals that she can’t wait to meet fans once the pandemic is over. “I just miss seeing people.”

“It makes everything worth it because there are people that enjoy this and enjoy what I’m doing.”