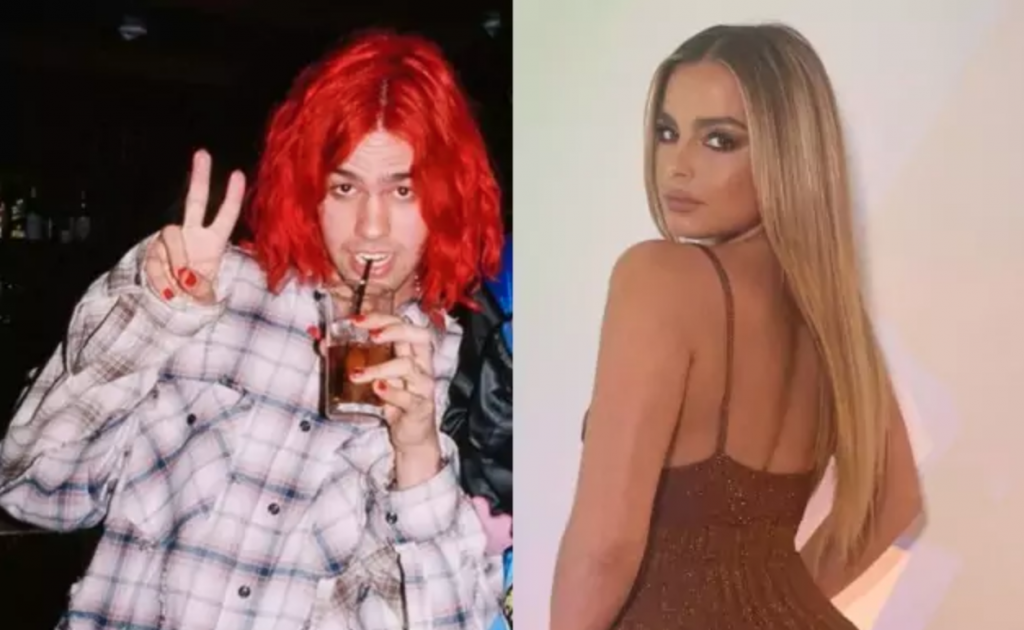 Addison Rae and Omer have been pretty private with their relationship thus far, we’ve seen the slight whisper of his red hair in her pics and a quick moment he may be in the background of her stories, but recently she’s been showing followers a lot more of her boyfriend and we are here for it.

Yesterday Addison shared a grid post, her first grid post with Omer it looks like, which is a video of the pair in the bathroom looking very cosy.

She captioned the post with a simple heart, we can feel the love!

Addison may be taking a leaf from bestie Kourtney Kardashian’s book, we all know Kourt loves a good PDA.

Earlier this week Addison posted a video to her story of her and Omer in a car, she told him she missed him and kissed him in the video, they seem super cute!

Omer and Addison have been dating for a few months now and he has previously even dropped the L-word on social media when congratulating Addison on He’s All That. 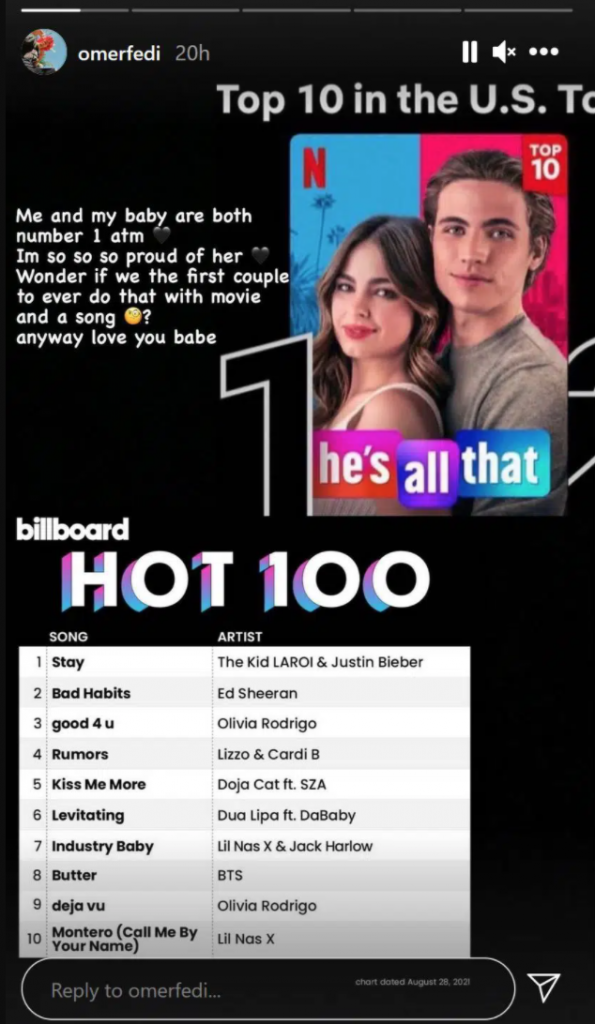 “Me and my baby are both number 1 atm,” he wrote. “I’m so, so, so proud of her. Wonder if we’re the first couple to ever do that with a movie and a song? Anyway, love you babe.”

Omer is a producer and worked on Justin Bieber and The Kid LAROI’s song Stay, which was #1 in the Billboard charts at the time.