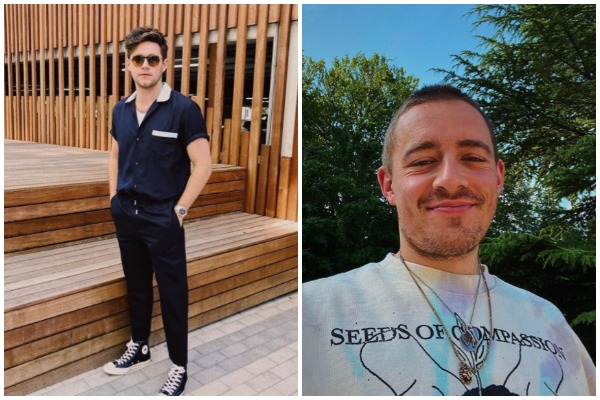 One of the best things in life to happen is when two of your favourite music artists join forces to create one epic piece of work. It’s not too often it happens, but when it does, well, it’s pretty epic.

Most of us across the globe have been advised to stay indoors this last month, meaning that creative juices have been flowing for so many. Two of those people who have spent their time making and creating is Niall Horan and Dermot Kennedy, who have apparently created a song together.

Yep, that’s right, an actually Niall X Dermot track exists, and yes, we want to hear it just as bad as you.

Spilling the beans earlier today on RTÉ’s Radio One, Dermot said that he and Niall have been Whatsapping this last while:

“It was this thing where we were sending ideas back and forth on WhatsApp.”

So, will we ever get to bop around to this track then? Well, according to Dermot we probably shouldn’t get our hopes up, but also he kind of hinted that we should, so we’re kind of excited?

“Who knows? (if we will hear it) It lives with him (Niall), you’ll have to follow up with him,”

In other news, if you are feeling a Dermot shaped hole in your life, earlier in the week the Outnumbered singer announced that he would be teaming up with Normal People’s Paul Mescal to live stream a one in a lifetime performance later on in the month, with pay-per-view tickets are available now.

Niall Horan Has Got A New Girlfriend