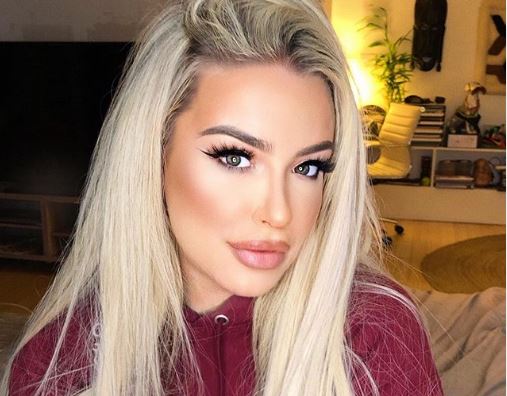 Once again, Tana has posted a flirty pic with someone leaving the rest of us scratching our heads over the relationship status.

This time around, Tana shared a cosy pic with Noah Cyrus, singer and lil sis of Miley.

Returning from a social media break, Tana wrote: “i mean ofc i had to take a break from instagram until she was my girlfriend again.”

Along with some comments asking why Tana seemed to have seriously edited the pic, there were lots of fans deligthed about the pairing.

Noah posted on her own Instagram too, sharing a photo of herself holding flowers and a bear.

“i show up to your house wit these.. wyd?” she wrote, before confirming that they were of course for Tana.

i show up to your house wit these.. wyd?

The two girls have been linked before. Back in December, Tana said she was dating Noah, despite still being married to Jake Paul.

Noah denied it at the time, telling fans on her IG stories they were ‘just friends’.

Maybe now that they are both single they can be together.

We’ll keep an eye on this one.

Tana Mongeau On What Led To Her Split From Jake Paul