Unfortunately, social media trolling has been an issue since social media began. When anonymous accounts became popular, it seemed to give people the freedom to do and say whatever they want as if there are no consequences. Over the last few weeks alone, influencers like Louise Cooney, Aoibhe Devlin and Jen Morris and singer Aimée among many others have received nasty abuse from trolls. This ranged from name-calling to mindless gossip and rumours to nasty DMs.  The only thing these women have in common is that they are in the public eye and have a large following. Some messages come in the form of DMs sent to the bloggers or influencers, while others might speak about these things in Facebook groups or gossip forums.

It may seem obvious to many people, but others need to hear it: this is bullying.

Some might claim it’s harmless or that it’s just a joke, but it’s not that simple.

If you want to ensure that you’re not part of the problem, which hurts people, affects their mental health and causes them to have a bad time, then here’s what you need to remember.

The number of followers doesn’t matter

Sometimes when people have thousands of followers, others might feel like they can say whatever they want to them. For example, influencers with a following of something like 20k, can face abuse from anonymous trolls, nasty DMs and lies in gossip forums. If that person had 200 followers would we speak like that about them, message them abuse or talk about them in a group? We sure hope not. It’s important to remember that just because someone has a lot of followers doesn’t mean they don’t have feelings.

Think before you message

In bad moments when you’re feeling down or jealous, you might be tempted to send a message to someone you follow on Instagram. Whether it’s to tell them you don’t like their dress, or it’s in a group where you discuss their personal relationship, it’s not okay. Think about if it was you who people were talking about, imagine the anxiety, pain and sadness you’d feel if you got a bad message from someone and how it could throw your whole day or week off. The person with 200k followers is the exact same. If ever you’ve been tempted to send a rude message in the past: pause, take a breath and remember what it would feel like. 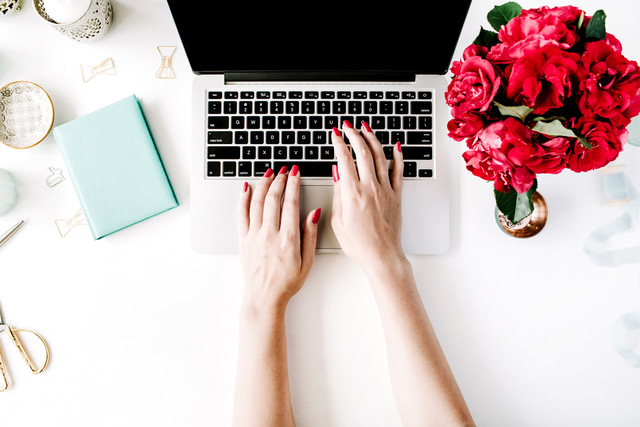 Some groups exist on Facebook and online to discuss influencers, social media pages and celebs. What might be set up as a casual discussion page where people share their thoughts, can often turn nasty very quickly. Sometimes when you’re exposed to nasty comments and judgemental threads you might start to think it’s okay, but once again, imagine it’s being written about your best friend. Not so harmless now is it? Even if you don’t write in these groups, being part of them is an issue too because larger numbers make these groups seem more powerful than they are. If you’re in then, it’s best to click exit.

You might think that some things you or your friends have DM’d or commented on influencers pages, or even in gossip forums were just jokes, or that it was only a casual comment but it’s absolutely not the case. First of all it’s very hard to tell the tone of something over the internet, so what you may mean to be funny may come across really mean. Secondly, if something that you think is a joke could hurt someone’s feelings, then it’s not a joke.

“But they annoy me”

Some people have very strong feelings about certain influencers, and to that, we’d say, that not everyone is everyone else’s cup on tea. However, we’d also say that if someone annoys you, you wouldn’t choose to hang out with them, so why follow people online who you don’t like? That unfollow button is there for a reason.

It’s not too late to change

If you’re reading this and feeling a little guilty or worried about things you might have put on the internet, remember that you can always change. It’s never too late to make a conscious decision to be kind and friendly and positive online. You can delete any old posts or comments that you feel aren’t something you’re proud of anymore, and you can talk to your friends about the importance of being kind online.

Sometimes it’s important to look at your negative behaviour and ask yourself why. If you or someone you know has been rude or mean to others online this is a form of bullying. Many people who bully have difficult things going on in your own life. Perhaps you were jealous or angry that someone has lots of nice things. It’s important to take a look at yourself and see if there is something you’re not happy about in your own life. You can speak to a parent, guardian, sibling or an organisation like Childline or 50808 if you’d like anonymous support.