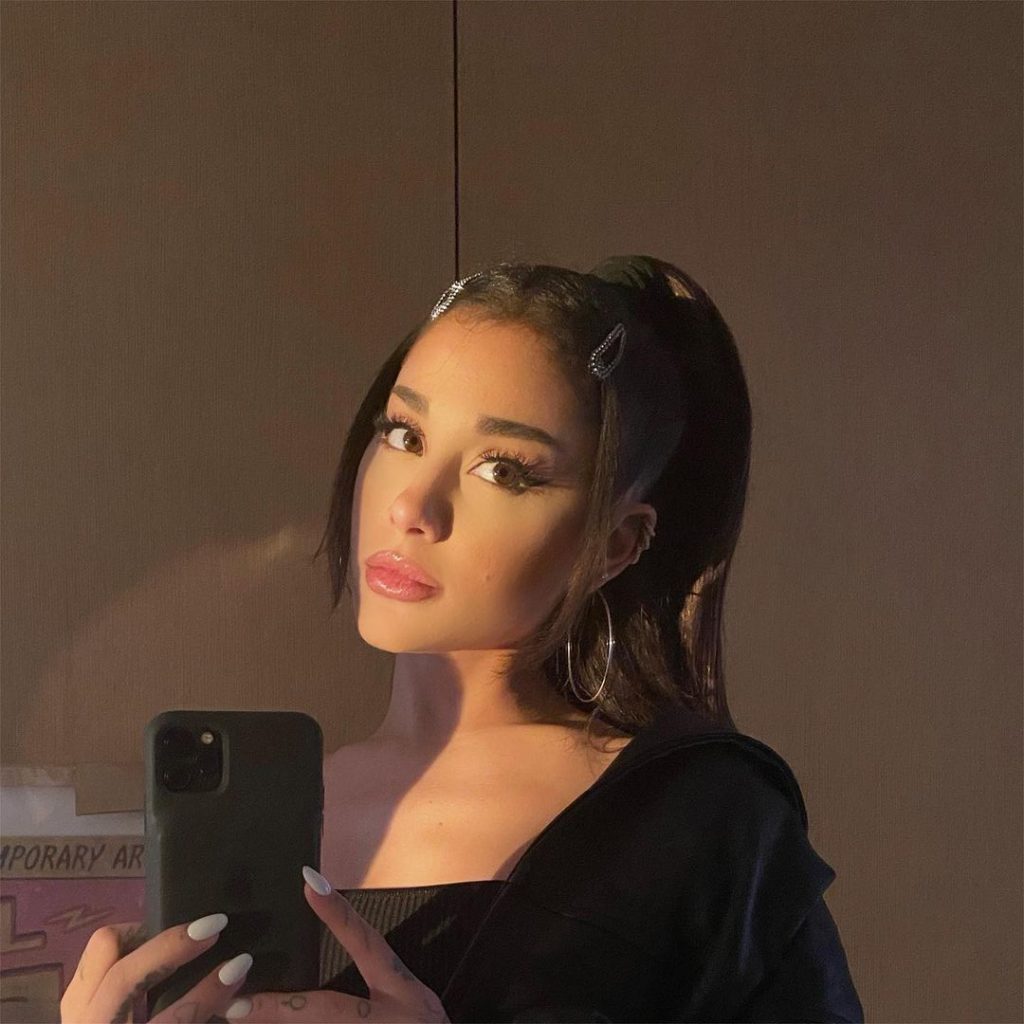 Since announcing her engagement Ariana Grande hasn’t shared much of her romance with fiancé, Dalton Gomez, on social media.

However this weekend the Rain On Me singer shared some super cute loved up snaps of the two of them.

The pictures are seriously cute and it looks like they’re totally mad about each other. Ariana captioned the snaps; “!!! my heart my person !!! thank u so much for being u”

The 27-year-old pretty much broke the internet in December when she low-key announced that she was engaged.

Sharing a ‘photo dump’ series on Insta under the caption: “Forever n then some”, Ariana included pictures of her with her boyfriend, Dalton, and a close up of a rock on her ring finger.

But, even though Ari and her new man are taking the next step in their relationship, at the time we didn’t know that much about Dalton.

Don’t worry though we did a deep dive so you don’t have to, and found out everything we need to know about the future Mr Grande.

How long have Ariana and Dalton been dating?
Ariana and Dalton have been dating for just under a year if our calculations are correct. Dalton first made his debut with Ari when he appeared in the music video for ‘Stuck With U’. The two were seen dancing together while spending quarantine with one another.

In the following months Ariana then shared some snippets of Dalton on her Insta. Showing fans that he is more than willing to help her with work on one occasion.

How did they meet?
This one is still up for debate, as neither Ariana nor Dalton have confirmed yet. But, reports say that the two met through similar circles, making it likely that a mutual friend introduced them. A source told TMZ:

“They run in the same circle. He used to be a dancer and they have many mutual friends.”

So, who exactly is Dalton?
Although his Instagram is now on private, there was a brief period over the summer that Dalton had his gram set to public, and KISS was right in there with some creeping.

We discovered that not only does he have an abundance of cute couple snaps with Ariana on his grid, he’s also super close with Miley Cyrus, with the two often appearing on each other’s stories.

While it goes with saying that Ariana is hugely successful, Dalton isn’t doing too badly for himself either. He works in real estate in Los Angeles. But it’s not just any real estate, Dalton seems to deal with luxury homes, selling homes worth millions. If you’ve watched Selling Sunset before, then you’ll know the kind of commission estate agents can make on selling homes of that worth – so let’s just say Ariana’s new ring is probably worth quite a bit.

Since the two are believed to hang out in the same friend group, it’s assumed that Dalton is a similar age to Ariana, making him around 27.