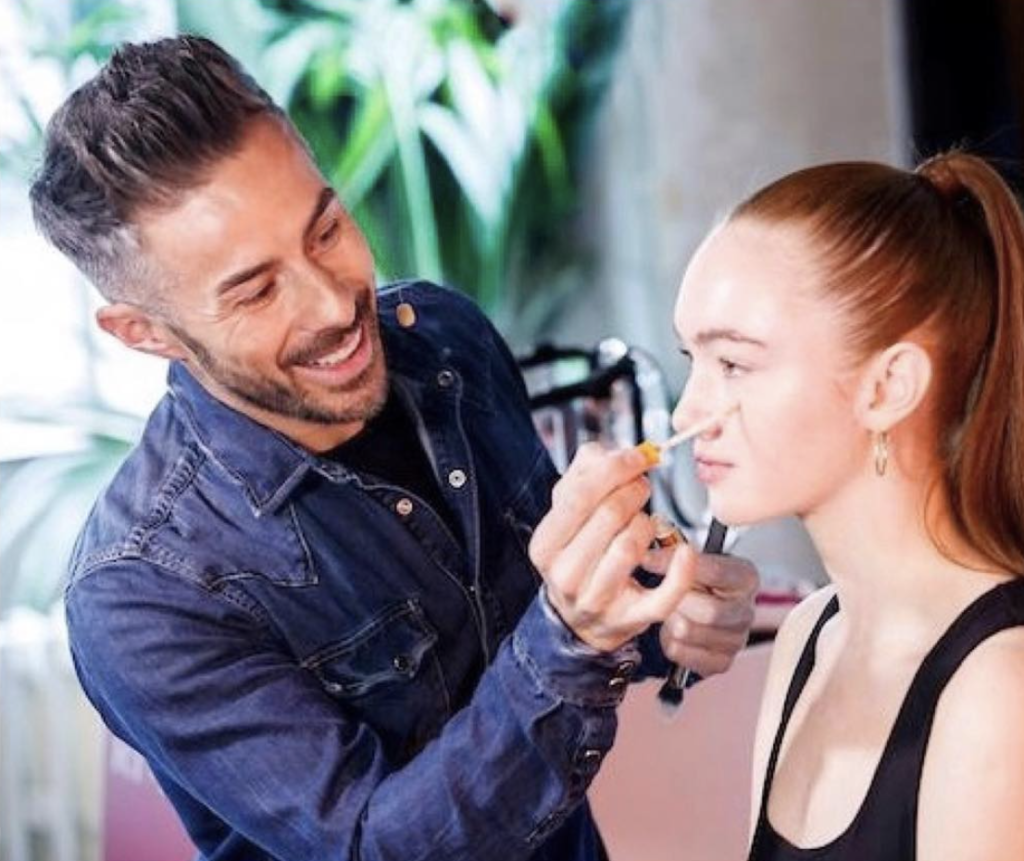 Like many people, one of my go-to bargain brands is Rimmel. From nail polish and mascara to foundation and bronzer – they have pretty much everything you need, without breaking the bank. I’ve been a fan of Rimmel for years, so when I got the chance to speak to Rimmel’s Global Makeup Ambassador, James Molloy, of course, I was delighted.

We chatted to James about all things makeup, his amazing career and what he’s like to tell his 16-year-old-self.

What made James want to become a makeup artist?

As a kid, like a very small child, I was obsessed with all kinds of sketching, painting, making things out of fabric, I was super hands-on as a kid.

I kind of grew up in the middle of nowhere, really, I grew up in the northeast of England in a really small town, I had no there was such a thing as being a makeup artist until I moved to Manchester in my very late teens. I was hanging out with these two drag queens and they were working for a big makeup brand at the time, they were like, ‘Oh, you should come along for an interview’. So I went for an interview with MAC.

It just felt like I could finally challenge channel all of my creativity into this new thing, which was like painting on a face. So it was kind of it was a bit of a journey. I’ve always been creative, but I think makeup I like to make people feel good about themselves.

A post shared by James Molloy Makeup Artist (@jamesmolloymakeupartist) on Apr 2, 2020 at 7:51am PDT

The biggest challenge of being a makeup artist?

I mean, other than lugging 30-kilo case around London on the underground! I think the challenges been brilliant for me, I think especially, this is really relevant to the new generation of makeup artists, is really to find your own voice. We’re an industry which is awash with so much talent and style. Which is really amazing, but sometimes it can feel a little bit difficult to find out who you are and what makes you happy. So I would say that that’s a challenge.

When I started out, I would recreate looks because it’s a great way to practice your skills. But I guess the more you kind of grow into the role, you realise it’s okay to be individual with your artistry and put out something new because everybody’s waiting for something new. Something fresh.

This sounds really boring, but don’t try to run before you can walk. I think it’s always really good to get the absolute fundamentals of makeup down and then when you start to try and push yourself to do these big creative looks. You already have all of that background knowledge and experience so when you come to bust out like something that’s really graphic or really technical, you can draw on all of your good base skills.

As you grow into your role as a makeup artist, you’ll often find that people every day, away from social media, just want to look beautiful so don’t feel like you have to do the biggest makeups on everybody. Sometimes just knowing minimal is a really good place to start.

And James’ advice to his 16-year-old-self?

I would say it’s okay to be different. If you’re hanging out at school and you like things that someone classes as ‘girly’, who cares? You should go for it and own it, because ultimately, one day, it’s going to really help you in the career that you want to get into. Just enjoy it.

A post shared by James Molloy Makeup Artist (@jamesmolloymakeupartist) on Apr 30, 2019 at 10:05am PDT

Read Next: The Skin Nerd Shares Her Top Tips For Teenage Skin