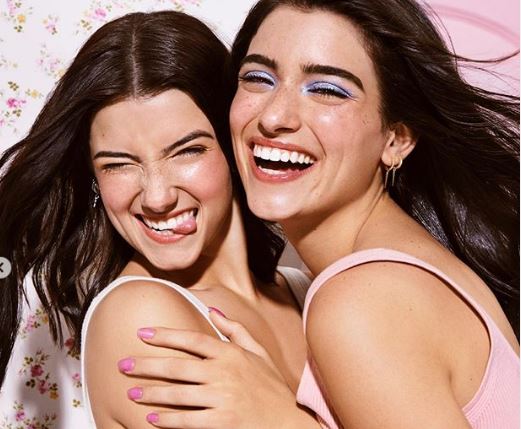 Charli D’Amelio is TikToks biggest star, with over 48 million followers. And while we’re used to seeing 15-second clips of the creator, it looks like we’re going to be seeing a lot more of her and her family.

After months of speculation, the D’Amelios are officially getting their own TV show.

Charli’s sis Dixie confirmed the news in a recent interview: “We are doing a reality show,” she said on Talking With Shelley Rome.”Not sure all the details yet but that will be coming. It’s in the works right now.”

Over the last few months, other family members have said similar, with Charli herself previously telling ET:  “I mean, definitely something that would be super fun,”

“For people to kind of see what goes on when we’re not just posting TikToks. I feel like no one really gets to see, but, people are always talking about how they think our family dynamic is pretty cool.”

She added: “[Our fans] love when we go live, so that’s super fun. I mean, it’s really whatever helps us showcase what we’re really like. Because people only really see us dancing or lip-syncing to songs. Maybe [we can] try some new things.”

This means we get to see Charli and sister Dixie and their parents Marc and Heidi in a Keeping Up With The Kardashians style show.

“We’re figuring out all that stuff right now,” Charli’s dad, Marc, added. “This has all kinda happened all really quickly. But we think if we’re gonna do it, we’ll go all in with it. And like Charli said, let everyone get to know us a little bit more closely. So, we’re in the process of working it out right now.”