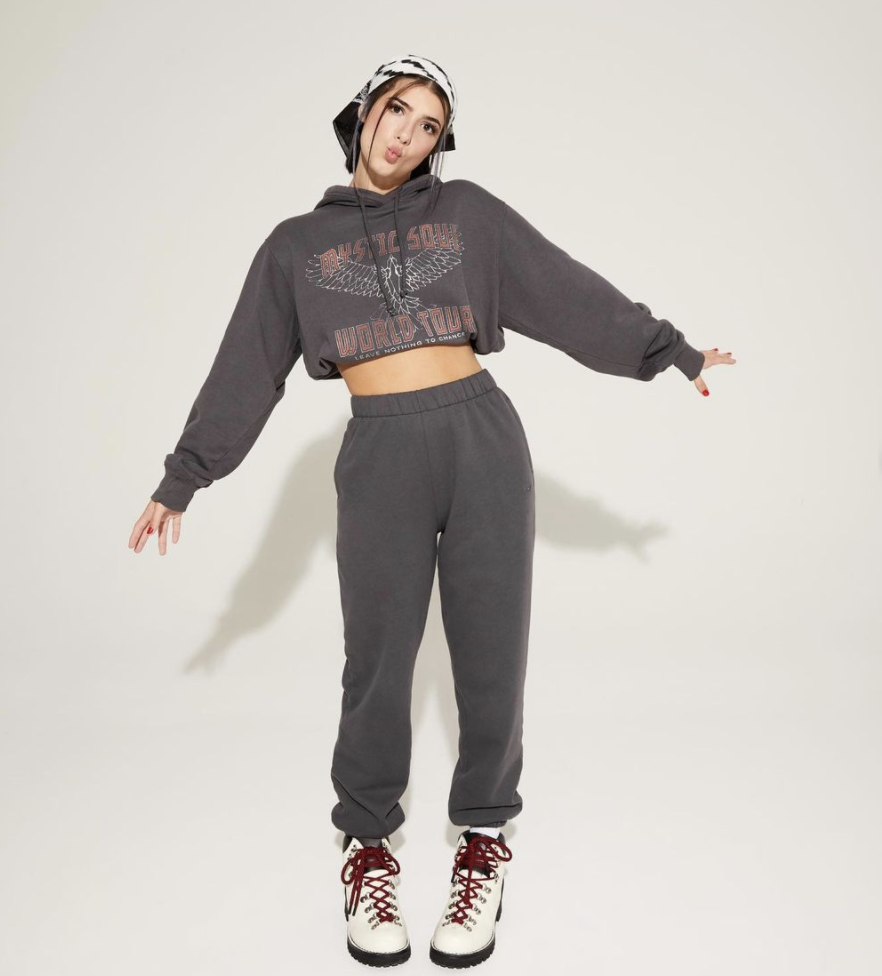 Just last month, Charli D’Amelio took to Instagram to share her thoughts on people who are constantly saying that she looked better a year ago. Now, she’s opening up about it again, speaking to the haters who keep saying that she “used to look prettier”.

On the most recent episode of her podcast with Dixie D’Amelio, 2 Chix, the sisters chatted about the amount of hate Charlie receives online.

“I saw this video of you from the first week of quarantine, and you look so different,” Dixie told her sister. “Not in a bad way, you look good now. You had eyelashes and you were really tan.”

Charli then explained that, “everyone says” she “used to look prettier,” and she isn’t sure what to do or think about it.

She explained that she wasn’t fully happy with how she looked then, but she isn’t happy about how she looks now either – and that it’s probably thanks to the mean comments she receives.

The sisters then chatted about why people think she looks so different, “I think it’s because your hair changed,” Dixie guessed. “I don’t know how a four-inch haircut changed you so much.”

Although Charli responded, thinking it’s more than just about how she looks. “Because it gave me confidence, and they liked when I was fragile,” she said, speaking of the haters. “It’s true. They are scared by a confident woman.”

This comes a few weeks after Charli talked about the same topic on Instagram Live. She said, “I guess it’s because I dye my hair,” she said at the time.

“That’s really the only thing that has changed about me except for the fact that I’m a lot more confident, which took me a while. So, I’m not going to just let people say that about me. I stayed quiet about a lot of things and, honestly, it’s extremely frustrating being a teenager and just having to let millions and millions of people get to talk about the way I look.”

Luckily, Charli isn’t letting the haters and awful comments get to her.

Read Next: 10 Things You Probably Didn’t Know About Chase Hudson