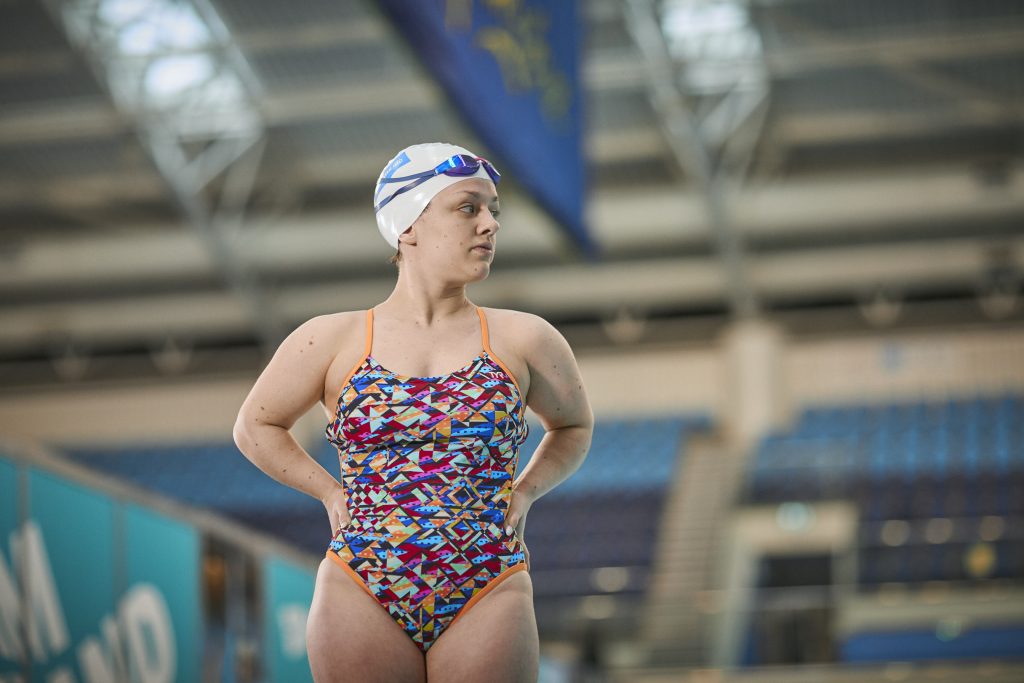 In our Dear 16-Year-Old Me series, we hear from some of our favourite well-known people about what they’d say to their teenage self. They get open and honest about what their teens were like and share the advice they’d give for the future.

This week, we have Paralympian Swimmer Nicole Turner. Though Nicole is just 18, she’s had quite a busy time as teen. She’s been swimming competitively since she was young and competes mainly in the S6, Short Stature category.

The Laois native competed in 2016 Summer Paralympics in Rio de Janeiro. Nicole impressively competed in five events qualifying for the final in every one. She succeeded in setting personal best times in six out of her ten races in Rio with her best placing; fifth in the 50m Butterfly.

She was the youngest member of the Ireland team and was selected as the closing ceremony flag bearer.

Nicole is due to compete at the Summer Paralympics in Tokyo 2021 from August, after it was postponed in 2020 due to the pandemic.

In her letter, Nicole speaks about how hard work pays off.

As a younger teen you weren’t anywhere near as experienced as you are now. You didn’t see the ins and outs of swimming and didn’t realise how much commitment and dedication it takes to be the best athlete you can be. You definitely learned a lot from your coaches Hayley Burke, Dave Malone and the wider support staff across the team over the last few years, and your older teammates have taught you a lot about the sport and what it takes to be an elite athlete. Be sure to listen and to learn from those around you.

The best part of being a younger teen was probably being such a chilled out and laid back person, I mean, you’re still a laid back person, but back to being a younger teen you didn’t really see the serious side of anything and always just went and had a bit of fun with nearly everything you did. You won’t regret that at all. Even at your first Paralympics in Rio 2016, everyone around you was quite nervous whereas you just went out and had fun and really enjoyed the experience. I am so glad you did that. Remember, once you know that you have tried your best, that is all that matters. Now that you’re a bit older, you see the more focused and more serious side of the sport and Tokyo will be a bit different than Rio I think!

The hardest part about being a teen was probably some of the sacrifices you had to make from a young age – but don’t worry, it will all be worth it! Back then, you found it a little harder because you didn’t realise that it was for the best outcome, but when you’re a 13 or 14-year-old and all your friends were arranging a Friday night sleepover or even a get together after school on a Friday, you would always have to say no and go to swimming on a Friday evening and a Saturday morning so it was quite difficult to be able to go or do something like that. You struggled with that, but looking back now, focusing on sport was the best decision you made, and you definitely don’t regret it now.

School for you was quite fun but quite difficult at times too. The fun side was obviously seeing your friends every day and that is probably the only thing you’ll miss about not being in school now. You won’t realise how nice that all was until you leave school and it’s taken away from you a bit. The difficult part about school for you was the juggle between managing swimming and then schoolwork. Especially the year of your Junior Cert! You were training for a home European Championships in Dublin that summer and then trying to study for the exams as well. It was quite difficult, but you did manage it. It did involve eating dinner in the car on the way home from training every evening and then there was some late nights of trying to get homework finished, but that was a challenge you did overcome and it’s been worth it.

I would say that when we get much older and we have to retire from swimming, we will hopefully go on to inspire the next generation of Paralympic swimmers. You looked up to Paralympic swimmers when you were learning to swim they probably had a massive impact on you getting into swimming and becoming a Paralympian. I would like to think in years to come, there will be young girls or boys out there who will watch us swim at the Paralympics this summer and think to themselves that they want to be like us one day.

What has changed…, I would say the person you have become today is something that has changed.  You’re a very different person to our younger self now. You’ll learned a lot from the people around you and you’ll see life a bit differently. When we were younger, we didn’t really see a serious side to anything, whereas now everything you’ll do, you’ll see a purpose to it. you’ll become so focused.

What has not changed… The support from your parents is something that will never changed from the day you started swimming. They were always the ones who motivated you to go swimming-  even on the days you found it hard to motivate yourself to go, they were always the ones that told you to keep going and that the long hours and the hard work you were putting into it was going to pay off in the future. You will see when you’re 18 that they were dead right – and right to this day they go above and beyond to support you in your swimming journey and you wouldn’t be anywhere without the two of them.

My biggest piece of advice to you, my younger self, would be: listen to those around you – they are the ones with the experience, they just want the best for you and even if you think they were wrong, it will turn out that they were pretty much always right and just want to guide you in the right direction.”

Irish Paralympic swimmer, Nicole Turner, is part of Paralympics Ireland’s new fundraising campaign ‘The Next Level’. Ireland’s elite para-athletes are constantly striving to achieve the next level of their sport through dedication, commitment, and perseverance. The new campaign aims to raise vital funds for para-athletes in Ireland and help to support Team Ireland’s journey to Tokyo 2021 and beyond. You can get behind the team now here.