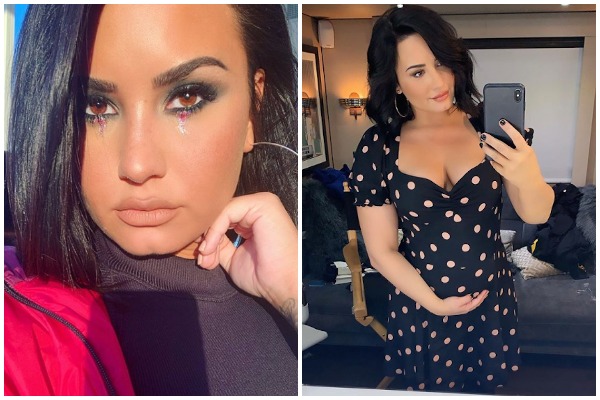 Demi Lovato sent fans crazy yesterday as she posted a snap to Instagram of her supposedly announcing a pregnancy.

Cradling a little baby bump, Demi captioned the snap ‘real or fake?’, and well, considering she just announced the news that she is officially dating Austin Wilson, we kind of thought it might be true?

But, as it turns out, it is in fact, fake. Demi is currently on set filming for TV show Will & Grace, and her character, you’ve guessed it, is preggers.

The snap still managed to send her 75 million fans into turmoil however, with some people really believing that a bábóg was on the way for Demi.

“I almost had a whole heart attack” one commented.

“Damn bruh you didn’t waste any time @austingwilson” said another.

Continuing to be shocked by the pic another added: “Dude this almost made me drop my phone lmao”.

Demi later joked on her Insta stories about the whole scenario, telling fans that yes she is pregnant… with her seventh album.

She got us good.