Demi Lovato has opened up about splitting from her fiance Max Ehrich.

The singer was speaking on the fourth and final part of her Youtube doc series Dancing With The Devil where she got real about what it was like.

Demi first admits she felt rushed into the relationship.

“I’m really sad that things ended the way that they did. The good news is I haven’t picked up any hard drugs or anything like that. I’m hanging in there. It’s just sh*tty,” she says in tears.

“I think I rushed into something that I thought was what I was supposed to do. I realised as time went on that I didn’t actually know the person that I was engaged to. All the people that were like, ‘oh they rushed into it’ or like, ‘they are not going to last.’ Then, you proved them right. We were only together for four or five months. And honestly, it was false advertising.” 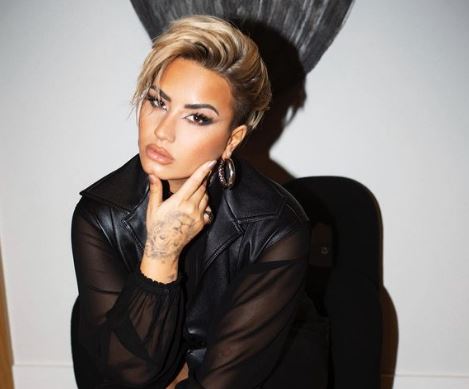 Demi touched on Max’s reaction to their breakup saying: “The hardest part of the breakup was mourning the person that I thought he was. But I’m not the only one who felt fooled.”

“I mean, I was just as shocked as the rest of the world at some of the things that were said and done.”

Now the singer is trying to focus on herself, and has recently begun dating again, though she has no current plans to be in a relationship with a cis man.

“I feel like I’m actually too queer to marry a man in my life right now,” she said.

“I’m not willing to put a label on it right this second, and I think I will get there, but there’s a lot of things that I have to do for myself first. I want to allow myself the ability to live my life in the most authentic form possible.”

Good for you Dem!