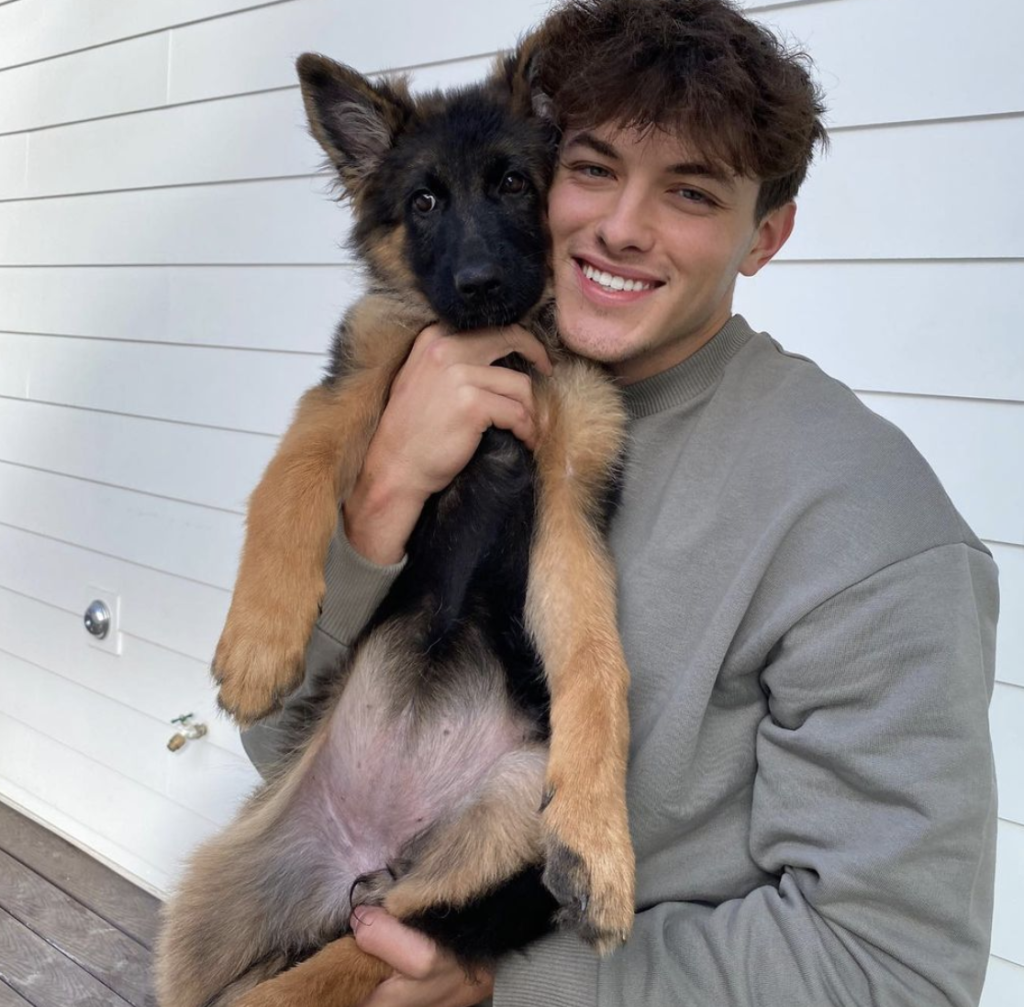 Okay, remember months ago when Dixie D’Amelio and Griffin Johnson were a thing? And that the broke up over cheating allegations surrounding Griffin? Well, even now that Dixie and Noah Beck are happily dating, that doesn’t mean that the drama is over.

Griffin just went on BFFs featuring Josh Richards and Dave Portnoy podcast, where he decided to spill some tea. He opened up more about what happened with him and Dixie, even going as far as implying certain things about his ex.

On the podcast, Griffin was asked what it’s like to be friends with his ex’s boyfriend, and Griffin said that when the pair originally got together, there was “a weird tension,” and he was “p*ssed.” But not because of the fact that they were together, but that Noah didn’t tell Griffin about it.

“I knew and I was waiting for him to say something and he never did,” Griffin said.

Griffin then explained about the Snapchat situation, saying that while he was Snapchatting other girls, he and Dixie were on a break. “It was like a four or five day period we had broken up and I’m not going to lie, dude, I was just kind of sad,” Griffin said. “It wasn’t me sliding in [to girls’ DMs], it was me answering DMs because I knew it was girls that wanted to talk to me.”

Griffin then claimed that some of the screenshots of his Snapchats were fake, explaining that “It was like 50/50 almost.”

But that’s not all he wanted to get off his chest, Griffin also said that before he and Dixie broke up, there was “a lot of weird sh*t going on between [Noah and Dixie] the entire time.”

“I’m not saying this because I’m mad or I’m trying to throw them under the bus. It’s been months now, this s*it is over with, I don’t care and neither do they, they moved on,” Griffin said. “But since you asked me, it was weird dude.”

He explained that Noah and Dixie had “this best friends group” and they would take trips together. “It was weird stuff like I thought about it and was like, this is weird, but I’m not a weird boyfriend, I’m not going to be like, ‘No you can’t go.'”

Griffin then said that he did his “fair share of wrongs”, but he still has a whole lot of respect for his ex.

Read Next: Charlie D’Amelio Has Something To Say To Haters Who Think She ‘Used to Look Prettier’