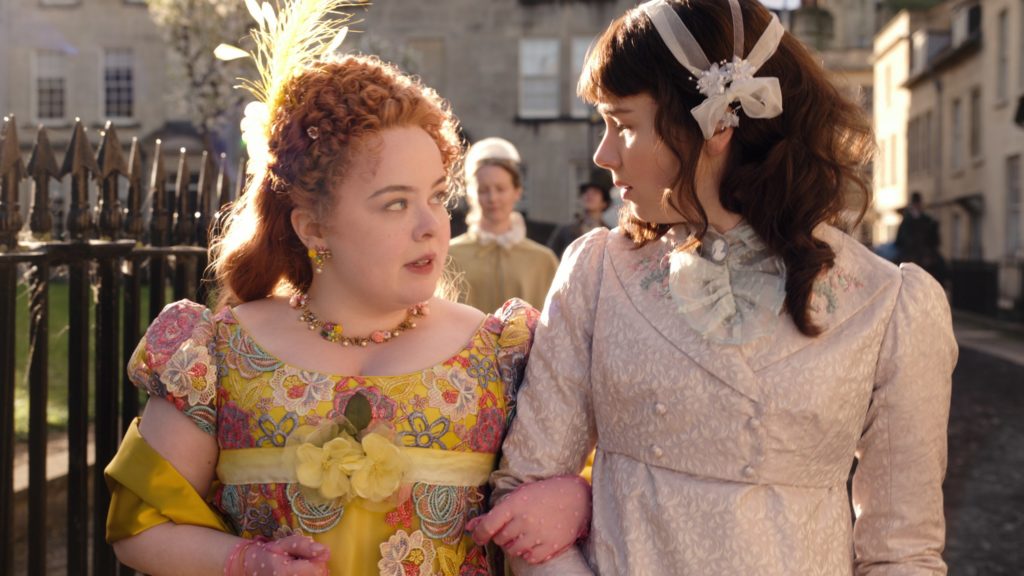 Was your household one of the 82 million that have binged Bridgerton? Well, actress Nicola Coughlan, who played Penelope in the hit series has just dropped a major easter egg from the first episode.

If you haven’t finished the show just yet, let me warn you to look away now as there are spoilers ahead.

In the last episode, we learned that Penelope was in fact Lady Whistledown, which was the twist that we really weren’t expecting. But, if you look back on the first episode, you’re sure to spot a pretty big hint.

Taking to Twitter, Nicola wrote, “Ok I’m just curious, has anyone spotted the massive Easter Egg about Penelope in the very first scene of Bridgerton?”

There were plenty of guesses, but one follower hit the nail on the head with their reply. “The quill?” they wrote, and Nicole replied “Ding Ding Ding!!”

Ok I’m just curious, has anyone spotted the massive Easter Egg about Penelope in the very first scene of Bridgerton? pic.twitter.com/VOm5Sm9SV5

Explaining the easter egg, Nicola commented, “When I filmed Penelope’s first scene I chose a prop, a massive massive feather that looked a lot like… ‘The quill.’” So the quill was a cheeky nod to Penelope’s secret alias.

This comes after Nicola revealed that Derry Girls filming will begin this year. Revealing the news on Twitter, Nicola wrote “Can confirm Series 3 of Derry Girls is filming this year and I cannae bloody wait.”

Continuing she said; “Covid has pushed back filming several times which has been so sh*te, but honestly the storylines in this series are the best we’ve ever done so I can’t tell you how worth it the wait will have been.”