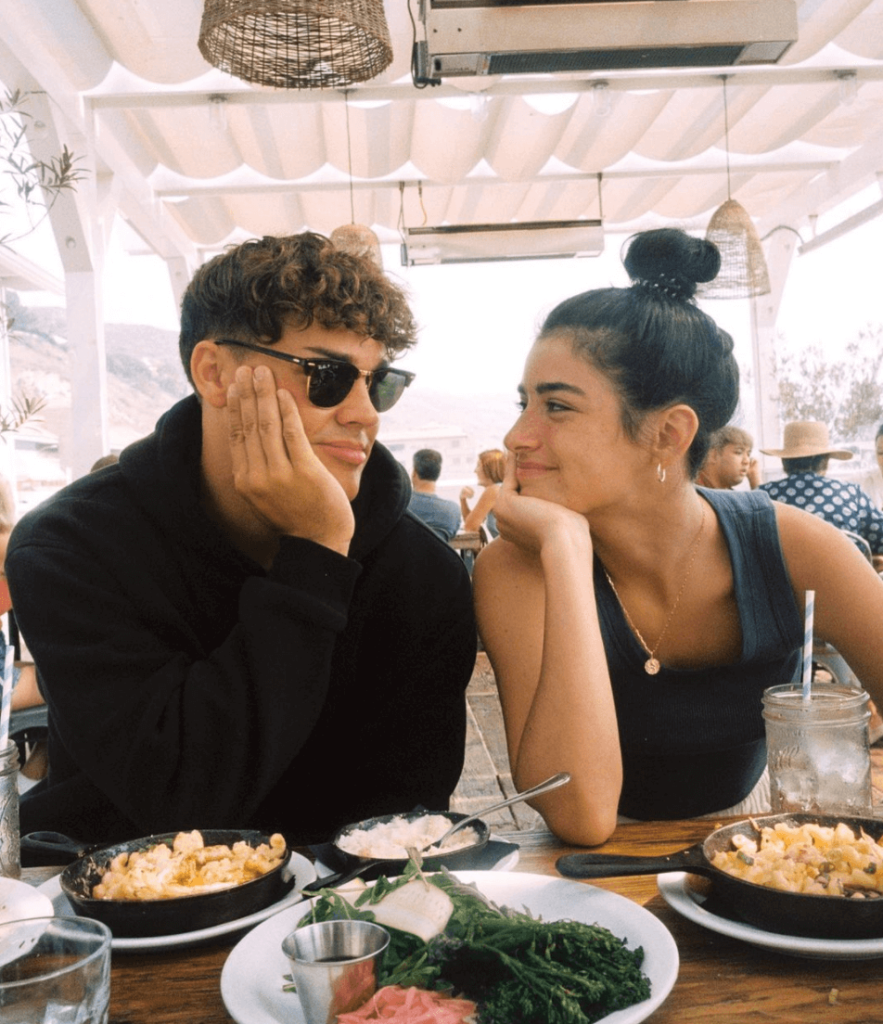 It seems like Dixie D’Amelio and Noah Beck’s relationship is pretty much everywhere right now.

From that moment when they finally went official, to people saying that their relationship is fake. Now, Dixie is opening up on what having a relationship in the public eye is really like, and what issues can come with it.

Speaking on her podcast, she called out those who have something to say about her relationship with Noah. “I am public with Noah, which is really cool.”

Although, she did reveal that she didn’t want her relationship to go public in the way that it did. A few weeks ago, Noah first confirmed the news while on an episode of AwesomenessTV‘s digital show ‘Vs‘, adding that “Dixie is amazing, she is an awesome girl. It’s been really fun, and so I’m excited for the future with her.”

Dixie explained how she felt about Noah outing their relationship, “I was happy and mad at the same time.”

Continuing, she said, “I was mad that I didn’t get to make the decision because I like being in charge and making all my own decisions, but it was also kind of cute because I know he really cares about me and it was nice and I’m happy with it.”

Now that they’re public, of course, it invites opinions about their relationship from other people. “That can actually mess up the relationship and I just didn’t want that because I’ve been in an internet relationship and having everything public and everyone’s eyes on you just makes things so much harder,” Dixie said.

Before they went public, Dixie explained that reading some of the comments about her and Noah would upset her, “They would be like, ‘Dixie doesn’t show him this much attention.’ I’m like, ‘Well, I just wasn’t ready.’ So, it kind of took me a minute to get into online relationship mode and like I’m ready to show how I feel about someone.”

Dixie then went on to call out the person who posted a now-deleted video of her and Noah out for a walk. “I was running across the street, walking my dog,” she explained. “Just having fun, living my life. It was like a nice day, we’re all having fun. I was running. Noah was chasing me because I was acting like a child and these girls film a video of us and go, ‘They want to be seen.'”

“I just thought it was funny. I was just trying to get breakfast, live my life,” she said. “I’m still a teenager. But I guess if I go out in public I want to be seen, so yeah I’m sorry for walking on the street and crossing the street.”

Read Next: Dash & Lily’s Real Ages May Surprise You