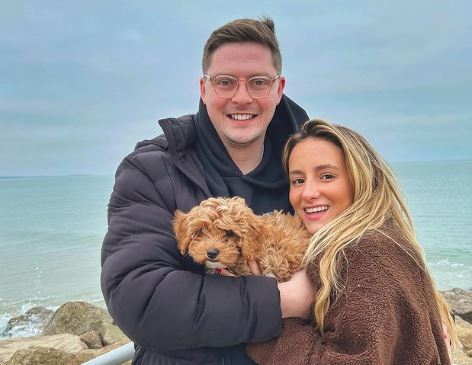 It’s now emerged that Alex reportedly cheated on his partner of one year, with claims it happened four times.

Now, Ellie has broken her silence on the split, admitting that she is going through a ‘very difficult’ time since the split.

Speaking on Monday on Instagram, she said: “This has been a very difficult time for me so I really do value all the kind messages…”

She added: “however I’d appreciate if you could respect my privacy at this time as well.”

The 22-year-old also pointed out that many were calling her Ellie ‘Hetch’, and explained: “Also, FYI. My last name is spelt H-E-C-H-T”

This statement comes after Dr Alex asked people not to judge the situation.

“It’s wise not to judge situations that you do not understand. Just a Sunday thought,” he said on Instagram Stories.

An insider told The Sun that the Love Island star cheated on his girlfriend four times.

“Alex cheated on Ellie very early on in their relationship but she chose to forgive him and move on,”

“She has really been his rock during a very difficult time for him and decided to give him the benefit of the doubt,” the source added.

“Unfortunately, Alex went on to sext a number of other women during their relationship and it all came to a head when someone contacted Ellie and spilled the beans about what he had been up to. Alex insisted he hadn’t slept with anyone else. Ellie is struggling to believe him because he was often away on work trips and messages showed him begging to meet girls in hotel rooms.”

The couple called it quits last month, just three months after getting a puppy together.