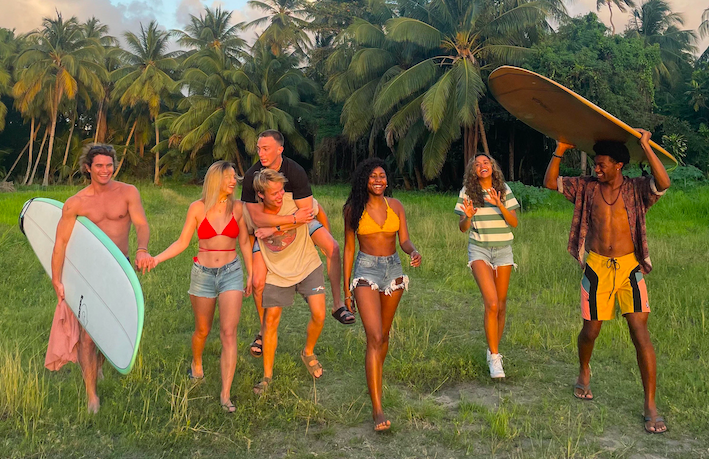 We are FINALLY gettings the third season for Outer Banks and we are so beyond excited about it!

On the 28th of February, the official Outer Banks Insta page posted a picture of our favourite friend group with the caption “wouldn’t wanna be stranded with anyone else. OBX3 is now in production 🤙”

So here is what we know about the new season so far and what we can expect!

When will we get season 3 of Outer Banks?

While we haven’t been given an exact release date yet for season 3 of the Netflix show, now that the production has begun we can only imagine that they’ll give us the third season at the end of this year or hopefully early 2023.

All we know so far is how it can’t come quick enough!

Who will be in Outer Banks season 3?

From the photo posted by the show Insta page, we know that all of our fave Pogues will be back for the new season. The picture has John B, Sarah, Kiara, Pope, JJ, Rafe and Cleo, so we know that they will all be back for season 3.

As more announcements happen for the season, we will probably know more about who will be back and how so keep your eyes peeled on all the Outer Banks socials for any new info!

Is there a trailer for season 3 of Outer Banks?

We don’t have a trailer yet unfortunately but once production picks up we don’t think it will be long before we have one!

Until then we will be rewatching as much as we can to jog our memories and make sure we are fully prepared for what is about to go down in season 3.

Where can I watch Outer Banks seasons 1&2?

If you’re like us and want to rewatch the whole series or if you haven’t seen any of the show yet, you can stream it on Netflix.

And with the news of season 3, we have a feeling it’ll start showing up on your TikTok and Insta feeds a lot more now with fan theories and edits so we recommend you get on it before someone spoils it for you!