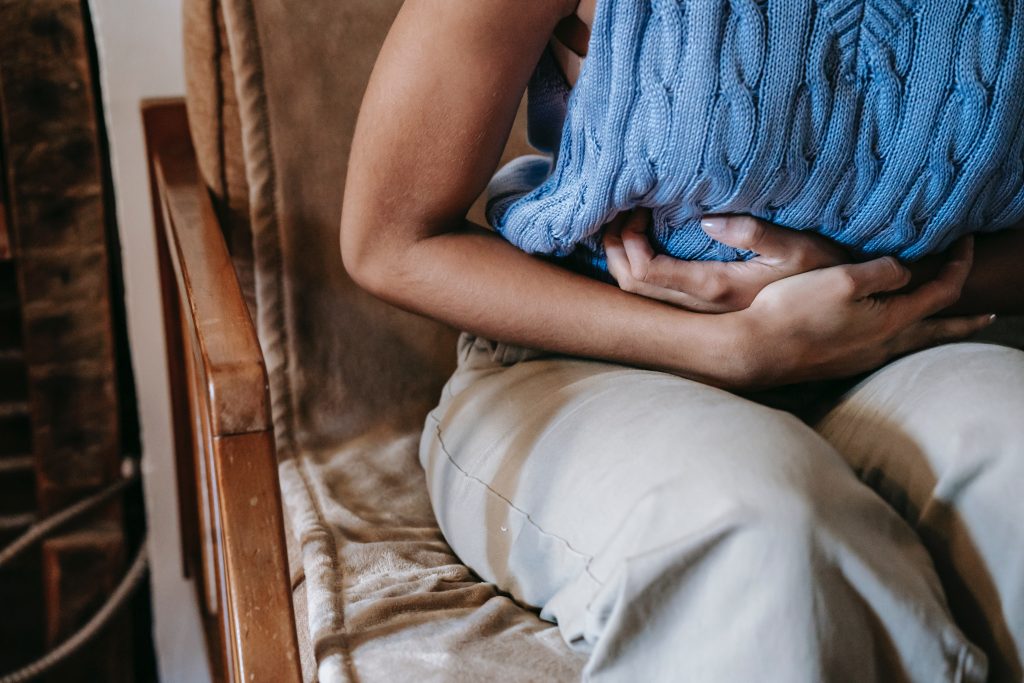 Periods are a tricky but natural part of life for many young people. Sometimes it can be difficult to figure out whether your periods and symptoms around that time are ‘normal’ or something you should be concerned about.

For some people, very painful or problematic periods can be a sign of something more serious, known as endometriosis. You may have heard about this condition before as it’s quite common (but often not diagnosed right away) and maybe a family member of friend have it, or may you think that you might have it too. Here’s everything you need to know…

According to the Endometriosis Assosiation of Ireland, Endometriosis is “a common chronic (long-term) inflammatory condition where tissue, similar to the tissue that normally grows inside the uterus, grows outside of the uterus.

The most common places where endometriosis occurs are the ovaries, the fallopian tubes, the bowel, and the areas in front, on the back, and to the sides of the uterus. It can also be found on the bladder and bowel. In some cases, it is found outside the pelvis (lung, skin, brain, diaphragm).”

Those who have it can be in a lot of pain because Endometriosis triggers a chronic inflammatory reaction. Adhesions develop when scar tissue attaches separate structures or organs together. Pain and symptoms due to endometriosis may vary during the menstrual cycle as hormone levels fluctuate, so you might feel worse at different points of the month.

What does it look like in teen girls and young people?

“The prevailing symptom of endometriosis in adolescents is persistent chronic pelvic pain, despite  medical treatment like hormonal contraceptives and/or pain killers.” the EAI explains.

“Adolescent girls with deep endometriosis had more school absences during menstruation and more frequently, and for a longer period, used an oral contraceptives to treat severe primary dysmenorrhoea [also known as painful periods]. Serious gastrointestinal symptoms, including constipation, diarrhoea, nausea, and vomiting were also reported in adolescents with endometriosis.”

So if this sounds familiar to you, it might be time to see a doctor.

What is the difference between “normal period pain” and symptoms of endometriosis?

It is estimated to affect between 2 and 10% of the general population and yet it’s still said to be under-researched and not commonly understood. This means that many young people may have the condition without realising and just pass it off as bad periods.

So how do you know when it’s more than ‘just’ period pain?

With classical period pain, mild discomfort and cramping on the first 1-2 days of the period is usual, this is relieved with over the counter pain killers.

Speak to a GP if the pain:

♥ Causes distress or inability to go to school/college

♥ Occurs outside the first 2 days of the period

♥ If there is a family history of endometriosis

The condition is often missed or misdiagnosed initially and it can unfortunately take years for it to be caught, which is why it’s important to get check out as soon as you have doubts.

A member of a EAI explained: “A GP might put someone on the pill and that would ‘mask’ symptoms when really the patient deserves a diagnosis (which is done through surgery) and during that surgery, a trained expert can remove the growths (a lot of experts push for excision which not every surgeon performs) which can positively impact a patient’s standard of living. The disappearance of symptoms is not a guarantee though. However, having a definite diagnosis is very important. The way the system works in Ireland is you get a referral from a GP to a consultant. There are waiting lists both public and private.”

Did You Know These Sleeping Positions Can Help Ease Period Pain?

Ask Shelley: How Do I Manage Period Pains?