Yesterday Harry Styles announced that his third solo album was en route, and the internet collectively lost its mind.

It’s been a long time coming for some and came as a total surprise for others, but nonetheless, we have exactly 2 months to go until the album drops, on May 20th. Here’s what we know so far.

Various outlets have reported that the album is set to contain 13 new songs, all of which Harry has been working on since his last album release, Fine Line in December 2019.

In a video shared on the singer’s social channels, fans got a glimpse into what they can expect from the 27-year-old’s latest project. Titled ‘Harry’s House’ the video shared a possible snippet of one of the songs from the album while a montage of various moments from life plays out on screen, until it cuts to Harry walking out on an empty stage while the frame of a house rises up behind him.

Similarly, on what is suspected to be the album cover, Harry can be seen standing in a minimalist living room with the furniture turned upside down. He wears a pair of wide-legged jeans from Molly Goddard, and a white blouse from the same designer. 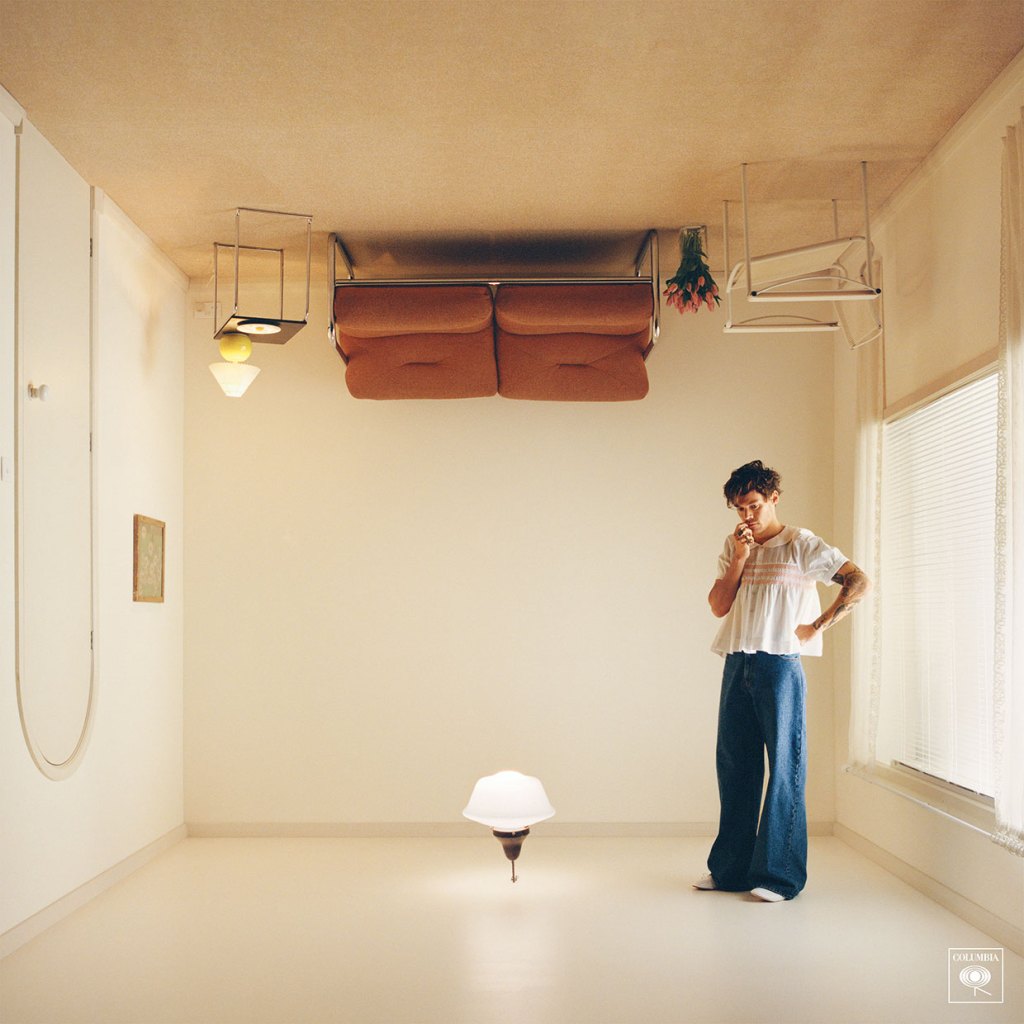 As for whether or not we’ll hear songs from the album before the official release date is still up for debate. Harry will be headlining American music festival Coachella next month, where many are speculating that he may share one or two new songs to test out on the crowd. But we’ll just have to wait until then.

Some fans have noticed that Harry has been teasing the new album for a while with no one noticing. During his Amerian Love On Tour stint, one fan took a video of Harry asking the crowd if they’re ready to ‘go home’, a reference to the third album we didn’t know was coming.

Harry’s European tour kicks off in June, with him playing Dublin’s Aviva Stadium on June 22nd. Which gives Irish fans exactly a month to learn the new album off by heart to belt it out on the night.