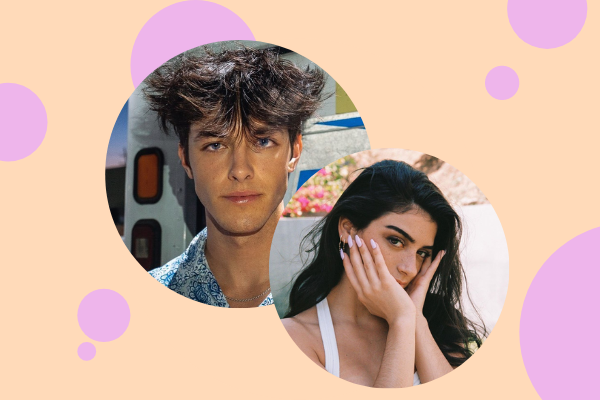 When TikTok first blew up, there were few of us who could have predicted that the stars of TikTok would have started to take over the music scene. The latest TikToker to release a song? Well, it’s Griffin Johnson.

His new song, ‘Convenient’, sounds like it’s all about Dixie D’Amelio, and fans are pretty much convinced.

In case you need a reminder, Dixie and Griffin dated for a while before breaking up in July, after Griffin was accused of cheating on Dixie. Since then, there were rumours that Dixie and Griffin’s fellow Sway House member, Noah Beck were getting close. Although they both denied that anything was going on.

But apparently, Griffin isn’t too pleased, and it seems he’s taken to writing a song all about it.

The song seems to reference Dixie, given the timing of their breakup, the cheating rumours, and a later reference to Noah Beck. Have a listen below to see what you think of the whole situation.

A couple of weeks after the break up, Griffin posted an apology video – but that turned out to be a joke after making a bet with Bryce Hall. Hmm, okay.

Then, Griffin did post an actual public apology to Dixie, saying, “Most importantly I want to publicly apologize to Dixie for the hurt that I have caused,” he wrote.

“I am human, I am not proud of some of my choices, but I will keep it real with everyone that follows me. I have dealt with a lot of this in an immature manner because honestly I had no idea what to do. I’m not asking for forgiveness, I just want to cut the bullsh*t and let everyone understand my thoughts and know I’m sorry.”

But now, in his song, Griffin seems to say that he’s done apogising, with the lyrics: “She said I cheated, That’s just f**ked up, But you believed it, Ain’t that convenient?”

Well, it all certainly sounds like it’s all about Dixie… How does Noah Beck feel about all this? Well even though Noah is referenced in the song for his suspected romance with Dixie, it seems the two boys are all good. They were even working out together yesterday, the same day the song was released, and when asked about it Noah told Paparazzi they have “no beef”.

We have yet to hear anything from Dixie about the situation but Griffin and Dixie no longer follow each other so there may be more to this story to come, we’ll keep you posted.

Read Next: Kourtney Kardashian Responds To Comments About Her And Addison Rae’s Friendship