Finn Wolfhard is a pretty private person and prefers to keep his personal life out of the spotlight.

However, he recently revealed that he was left with no choice but to share his girlfriend with the world after being blackmailed.

Finn has got countless adoring fans all over the world but it’s not always a positive experience for him.

In an interview with The Washington Post, it’s revealed that strangers threatened to release his personal information, including his address unless and even his girlfriend’s address unless he revealed who he was dating.

Finn is currently dating Elsie Richter who is also an actress, and they were first spotted together in early 2021.

“It all fades literally once you’re like, ‘Hey, calm down. It’s cool. I’m a real person.’ It’s almost like a trance or something. Maybe it’s a power thing.” 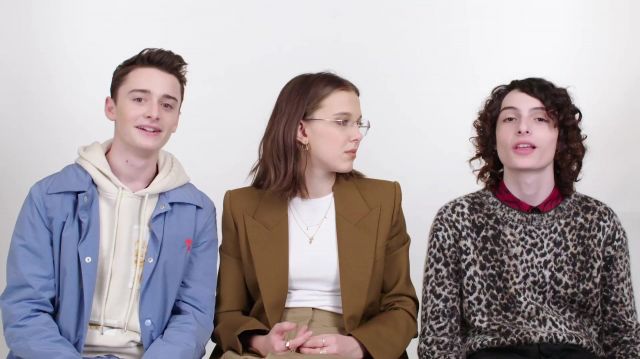 It also meant that he felt he couldn’t relax or hang out with his friends in case it was filmed and uploaded online.

“In my head, I couldn’t let loose in any certain way. I thought that if I would have gone with a friend to a party, my career would have been over,” he said. “You’re afraid that someone can see you as a 14-year-old at a party with a beer in your hand, and it can all go away. That was my thought.”

While it might be many peoples’ dream to be a hugely successful actor, it’s clear it comes with some struggles too.