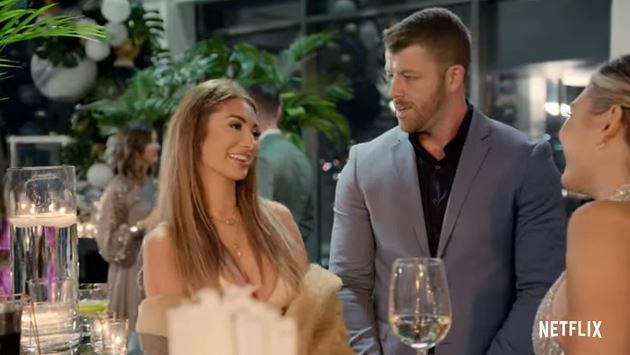 It’s been over a year since Love Is Blind burst onto our screens and has us hooked from the start.

Now, it’s time to check in on all the couples and near-couples from the 2020 show.

Love Is Blind: After The Altar premiers tomorrow (July 28) and we got a sneak peek of the show in an explosive trailer.

We see that Lauren and Cameron are ready to have kids, Amber Pike seems ready too but husband Matt Barnett doesn’t seem so keen just yet.

Giannina Gibelli (aka Gigi) adds that she’s found ‘the one’ even after she and Damian Powers called off their wedding at the altar.

She gushes: “Ever since I can remember, I’ve been dreaming of finding a soulmate. And I found him.”

However, as you may remember seeing a few months back, we know that Damian was dating Francesca Farago since the show ended.

You probably know Francesca from Too Hot To Hande, which Gigi also knows her from when she says: “She’s on the wrong Netflix show. He’s mine.”

Love is Blind: After the Altar premieres Wednesday! Less than 48 hours until the #PodSquad gets back together, but who’s counting? 😅 pic.twitter.com/1RAXA8kGHy

Damian isn’t too happy with this, saying: “You don’t control me, you don’t tell me what to do. I can handle my own,” before telling the camera, “That was bulls**t.”

Mark who we know is now a dad, shows up while a very nervous Jessica shares her feelings.

So basically, it’s all kicking off and tbh, we can’t wait to watch.