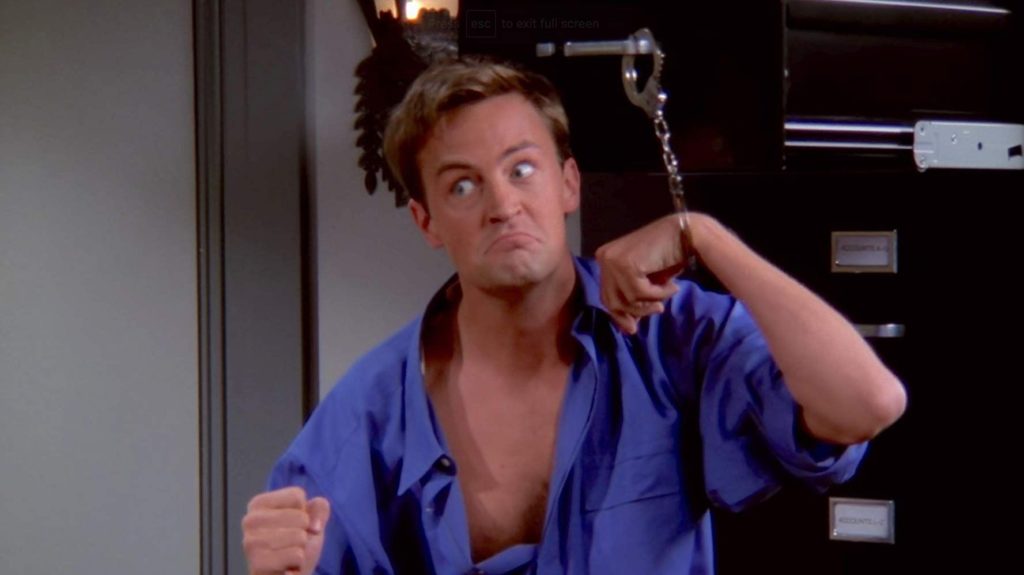 Every now and then a little nugget of Friends trivia presents itself, and fans lose their minds.

Throughout the 10 series of Friends we’ve seen plenty of celebrities pop their heads up, from Brad Pitt to Bruce Willis – however, what we didn’t know is in one episode Matthew Perry aka Chandler Bing’s real-life dad starred in his very own episode.

But which one? I hear you cry. Well, it was ‘The One With Rachel’s New Dress’. The episode saw Rachel who was dating Joshua at the time, get herself into quite a pickle when a romantic dinner with her date didn’t go quite as planned.

While Rachel had a little more raunch in mind for her evening, she slipped into something a ‘little more comfortable’ pre-dinner, which was of course lingerie. To her horror, she emerged from the bathroom in her new attire to see Joshua’s parents standing there, as the lavish home was in fact theirs, and not a holiday destination as Rachel had originally thought. 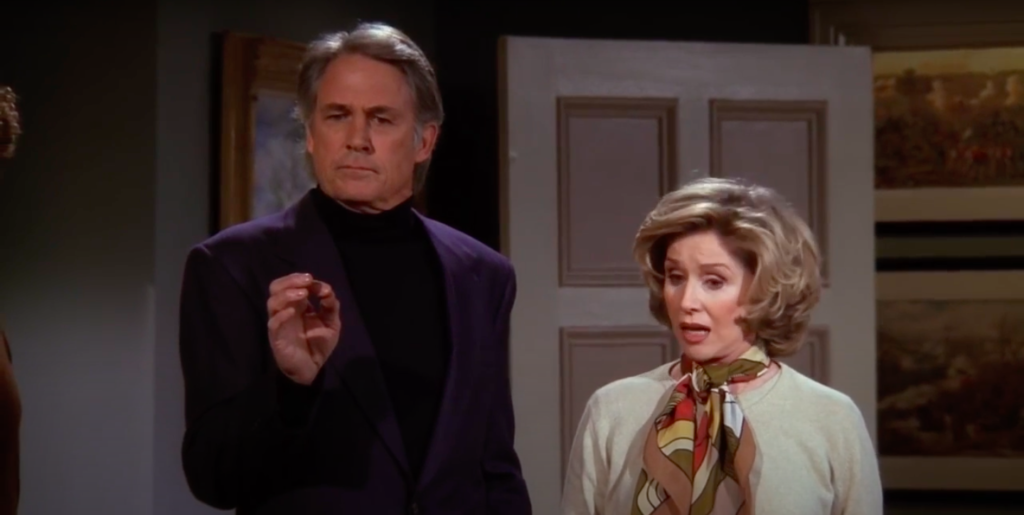 As it turns out though, the man who plays the character of Joshua’s father is in fact Matthew’s father in real life, John Bennett Perry. How on earth we didn’t cop that at the time is beyond us because frankly, the resemblance is uncanny.

Showing that acting does in fact run in the family, John has just turned 80 in recent weeks and has enjoyed a long career in film and TV, staring in huge flicks such as Independence Day and George Of The Jungle (!).

And as for that Friends reunion, we’ve been waiting 84 years for, well as it happens we don’t actually have too much longer to wait for it now, as Matthew himself revealed that on Twitter that the one-off special is scheduled to drop this March.

Read Next: QUIZ: How Well Do You Remember Friends?