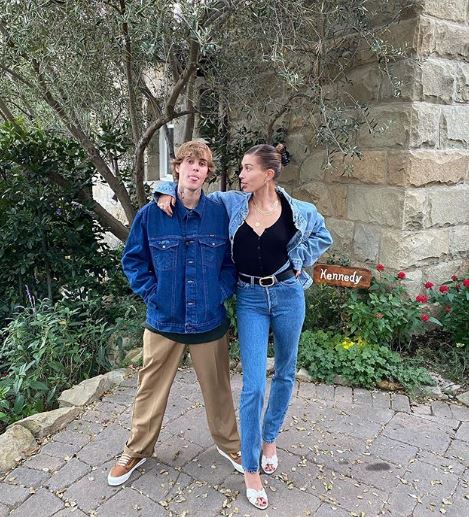 Hailey Bieber took to social media this week to share some sweet snaps of her wedding day to Justin.

Sharing a post of the couple kissing dressed in their wedding attire, she wrote: “1 year ago we had the best wedding. Wish I could live this day over and over.”

On her stories, she shared several other photos from friends and family wishing them a happy anniversary.

But some fans may have been a little confused because of Hailey’s comment about it being their ‘first’ anniversary.

Taking to stories she wrote: “I know our story is a little confusing so just to clarify: married 2 years ago, wedding 1 year ago.” 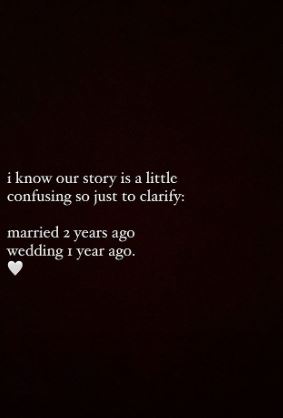 Makes sense, you hardly thought Hailey got her own anniversary wrong did you guys?!

Justin then shared his own tribute to their anniversary, praising his wife.

“Hailey Bieber. I am so lucky to be YOUR husband!” he wrote. “You teach me so much everyday and make me such a better man! I am committed for the rest of our lives to empower you to be the woman God has called you to be.

“My heart is to enable you to achieve all of your wildest dreams! I promise to always put you first, to lead with patience and kindness!! Happy anniversary my beautiful sweet girl.”

Hailey previously explained on Justin Bieber: Seasons, why the couple had a marriage and then a wedding.

“It was really funny because we got engaged, and we we were like, ‘Yeah, we’re not in a rush to plan a wedding. We’re chilling,'” Hailey explained, adding: “We wanted to live together, we wanted to move in together, and we didn’t believe in doing that until we were married, so we got legally married.” A year after that, the couple had their bigger wedding, complete with a fab gown and lots of family and friends around.