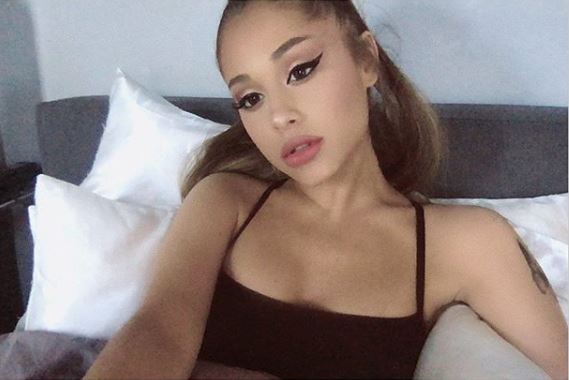 Celebrities just being celebrities isn’t enough these days, the rise of celebrity brands has been growing in recent years, and for a while now there has been one person, in particular, we’ve been dying to drop the line.

Known for her iconic flick just as much as her iconic voice, Ariana Grande has been teasing her own beauty line ‘r.e.m’ for a while now, and we’re just about ready for it to launch.

Here’s what we know about it so far.

Ari’s upcoming line is aptly named ‘r.e.m’, after her iconic song, and perfume too. Ariana set up an Instagram account just for the range earlier this year, which has since gathered 418k followers – so y’know, people are interested.

The Instagram itself doesn’t give too much insight into what we can expect, but it has been mysteriously posting snaps of billboards around the world in places like New York and Tokyo.

What products will be launching?

The trademark filing for r.e.m is pretty broad, including concealer, eye shadow, lipstick, lip gloss, brow pencils and gels, highlighter, and eyeliner. So it’s a good guess that these are the kind of products we can look forward to when it does eventually launch, however that’s not to say that there won’t be even more bits – we’re hoping hair extensions too?

When will it land?

This is the magic question, and as of right now, we still don’t know yet. In the meantime, we’ll just be over here constantly refreshing the insta.

♥The Trailer For ‘Don’t Look Up’ With Ariana, Timothee Chalamet, Leonardo DiCaprio Is Here

♥When Is RuPaul’s Drag Race UK Season 3 Landing? Everything We Know So Far