Is there anything Millie Bobby Brown can’t do? She rose to fame in Stranger Things, and since then, she’s gone from strength to strength. Hey, she even has her own beauty brand now.

Millie will be starring in a brand new Netflix show that’s sure to blow up, Enola Holmes. Here’s everything you need to know about the show right here.

What is it about?

Enola Holmes is a mystery movie, based on the book of the same name by Nancy Springer. It tells the story of Sherlock Holmes’s 16-year-old sister Enola (played by Millie) as she comes into detective work of her own. Particularly focusing on Enola’s quest to find her mother, who disappeared on her birthday. She tries to get her brothers to help, but ends up taking things into her own hands. Millie is the main character, but she also played a pretty big role as a producer. Exciting, much? 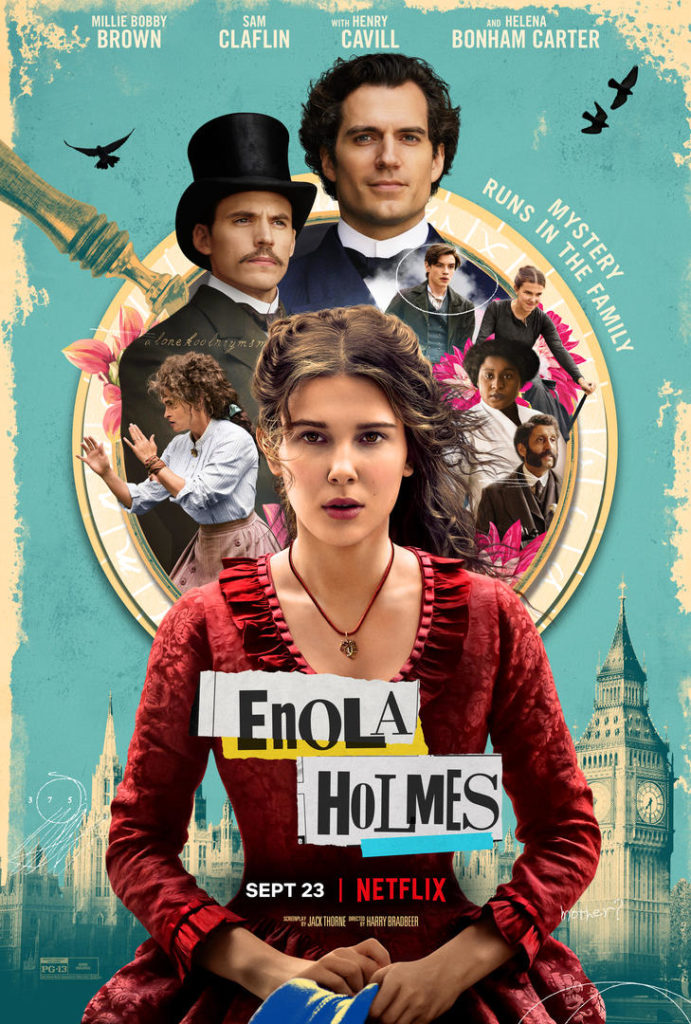 What does Millie think of it?

Speaking to Teen Vogue, Millie opened up about how involved she was in the movie. “They gave me this opportunity to create something that meant so much to me. I was so, so mindful of who we chose to direct the movie. We were so mindful of who we wanted to write the movie. And once we had all of those factors in, it was like, ‘OK, I’m going to let these people be creative people, and if I want to add my opinion in, hopefully…are they going to listen?’ And they totally listened to me. And I was like, ‘Oh, my goodness. Wow. This is what a producer means.’ It’s the best work experience ever.”

When can we watch it?

Enola Holmes will be arriving on Netflix on September 23rd. But you can add a reminder for it on netflix.com/enolaholmes, so there’s no way you’ll miss it. Can’t wait that long? Check out the trailer below.