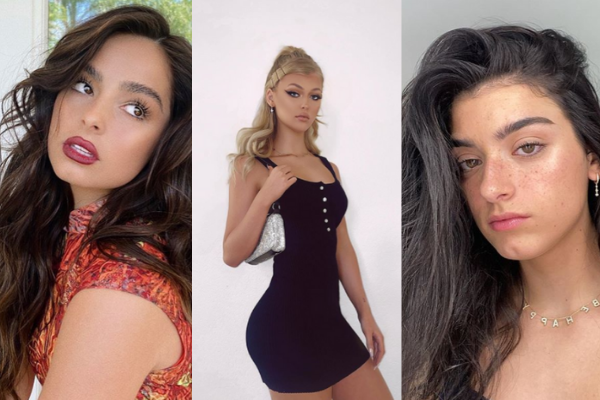 It’s no secret that Tik Tok, and any kind of popular social media app, holds a lot of power when it comes to making people successful. Before Instagram, the term Influencer didn’t exist, and making money from posting on the Internet was kind of a wild thought.

But since then, social media has gone on to shape the world that we live in. From affiliate links, to Tik Tok dances, the power of becoming successful is sort of in your own hands, which is an exciting thought to many.

For some, that success is a reality. The great thing about social media, and Tik Tok in particular is that it seems to be the girls who are coming out on top. In a patriarchal world where women sadly have to work twice as hard as men to reap the same benefits in many industries, it’s refreshing to see women and young girls performing so well on social media success.

So, with that, we’ve done a little investigating to see just how much some of our favourite gal Tik Tokers are earning, and let us just prepare you now, it’s a.lot.

Of course, we had to kick things off with the Queen of Tik Tok. Addison’s Tik Tok moves have gained her over 25 million Instagram followers, which is a lot of pull if you want companies to spend some cash with you.

It’s believed that Addison is the highest-paid Tik Tok star, with a net worth of $5million. She earns anywhere from $10,000-$14,000 per sponsored post.

Although Charli is the most followed person on Tik Tok, she doesn’t earn as much as Addison, but don’t feel too sorry for her, because well, she’s still pretty wealthy.

Charli’s net worth is $4million, which at the sweet age of 16 is, sweet. Reports have suggested that when it comes to Instagram and sponsored posts she does not hold back, charging as much as $100,000 per sponsored post, get that coin girl.

We recently caught up with Loren, and can confirm, she’s a babe. Along with being a babe, she’s also pretty successful too, with a net worth of around $2.6 million.

With close to 20 million Instagram followers, Loren earns money from sponsored posts, Tik Tok videos and from her music career too, the talent jumps out.

We can’t talk about Charli without giving her sister Dixie a mention too. Another wealthy D’Amelio, Dixie comes in third place of highest Tik Tok earners, with her net worth sitting pretty at $2.9million.

Dixie’s huge following gives her free rein to charge upwards of $1000 per sponsored post, and with her recent collab with Morphe, we reckon she isn’t doing too badly at the minute.

Okay, does anyone feel a sudden urge to brush up on their Tik Tok dances? It’s time to grow that following.