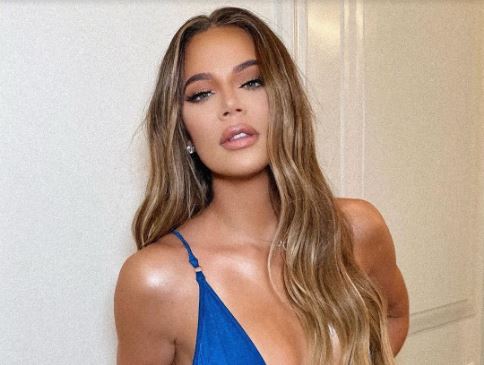 An unedited snap of Khloe Kardashian has been accidentally posted online this week, sending the internet into overdrive.

The picture showed Khloe posing in a bikini over the weekend beside what is thought to be her mam Kris’ pool. It has been reported that MJ, the girl’s grandmother took the picture as the family was enjoying some downtime together.

The photo ended up being posted to Khloe’s social media account by an assistant without Khloe’s permission. As soon as it was posted it was removed from the app along with copies that other social media users and online publications have shared, with the family now threatening legal action for those who share the picture any further.

“The color edited photo was taken of Khloé during a private family gathering and posted to social media without permission by mistake by an assistant” a chief marketing officer for KKW Brands said.

“Khloé looks beautiful but it is within the right of the copyright owner to not want an image not intended to be published taken down.”

The situation is causing quite a stir simply for the fact that Khloe looks so great in the picture. Fans have been sharing their thoughts on what’s happening since yesterday, with many of them agreeing that the reaction to the photo isn’t necessary.

so apparently khloe kardashian is working overtime to make sure this pic is wiped off of the internet? girl you look good? & normal? pic.twitter.com/zXzFzMEciC

That picture Khloe Kardashian wants removed from the internet is the best pic I’ve seen of her in ages. She looks young and good. I really wish she could see that she looks wayyy better without all that photoshop.

Others have said that this is a good reminder to know that most things put out on social media are fake, and by sharing them an unrealistic beauty standard is created.

Khloe Kardashian taking legal action because this unedited photo was leaked ?¿? This is the best she’s looked IMO!!!! Stop with the unrealistic beauty standards we know are fake!!!!! We’re sick of seeing them!!!! No one looks like the second picture !! pic.twitter.com/NoyaMoG5Oz

I’m sad about the whole Khloe Kardashian photo situation. She looks absolutely amazing, like an actual real life relatable human being. It’s honestly so sad the lengths she is going to to get it taken down ☹️ Such a bad example to be setting young fans! You look good girl #KUWTK