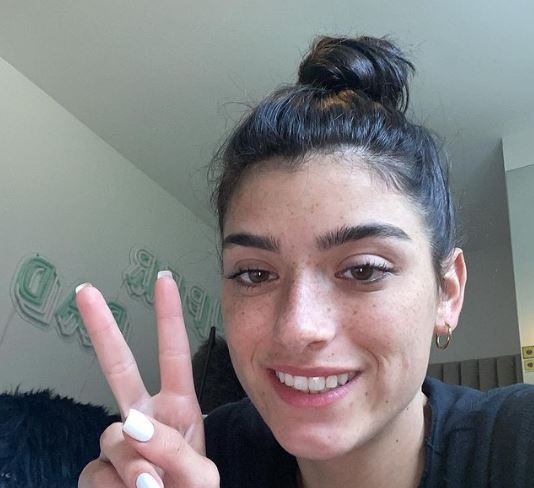 If you’re a Twitter user, you might have noticed that one of TikTok’s biggest stars left the app last week.

While she didn’t give a reason at the time, some linked it to Donald Trump being banned off Twitter because of the timing of her tweets.

ICYMI, President Donald Trump was permanently banned from Twitter (and just about all the other apps) “due to the risk of further incitement of violence.”

Since many Trump supporters were upset about this, some people took Dixie’s actions to mean she also supported him.

This led Dixie to state on IG that no, she’s not a Trump supporter and this wasn’t why she deleted her account.

“I don’t f*cking support Trump,” she wrote on Stories.

She then went on to clarify the real reason, which we totally understand.

“I’ve said it 100 f*cking times… the reason I deleted Twitter was because I spend way too much time reading hate.” 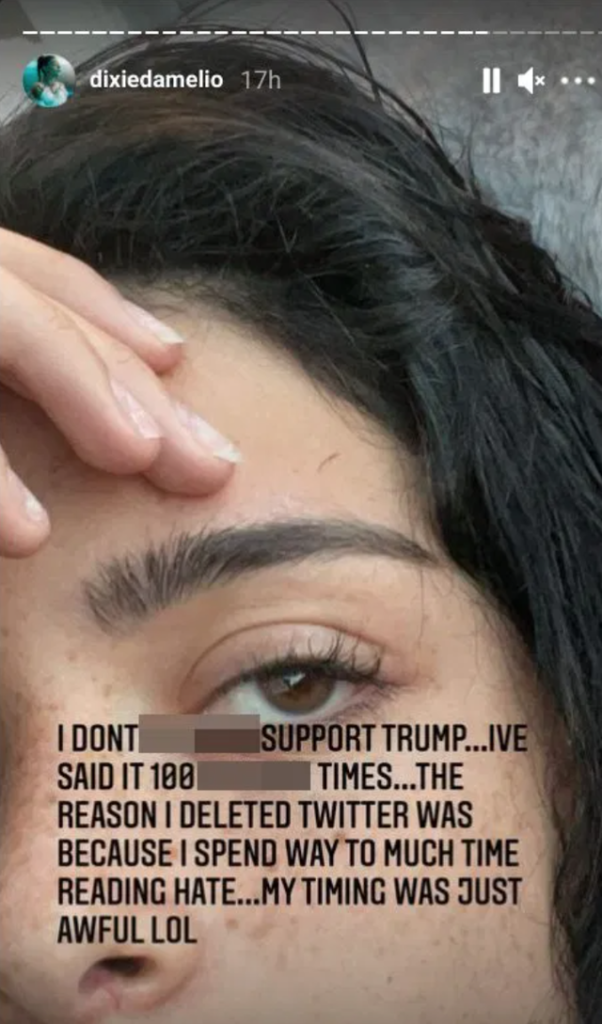 She finished by admitting: “my timing was just awful lol.”

If an app isn’t bringing you joy, and it’s making you feel bad, it’s totally acceptable to take a break, delete it or give it a revamp.

For more on this check out our recent story: How To Make Sure Your Instagram Is Making You Happy Instead Of Anxious

This isn’t the first time a social media star was accused of being a Trump supporter for deleting their Twitter, as a very similar story occurred for Emma Chamberlain.

Around the same time that election results were announced revealing that Joe Biden would become president, Emma deleted her account. Emma then released her own statement on the matter too.