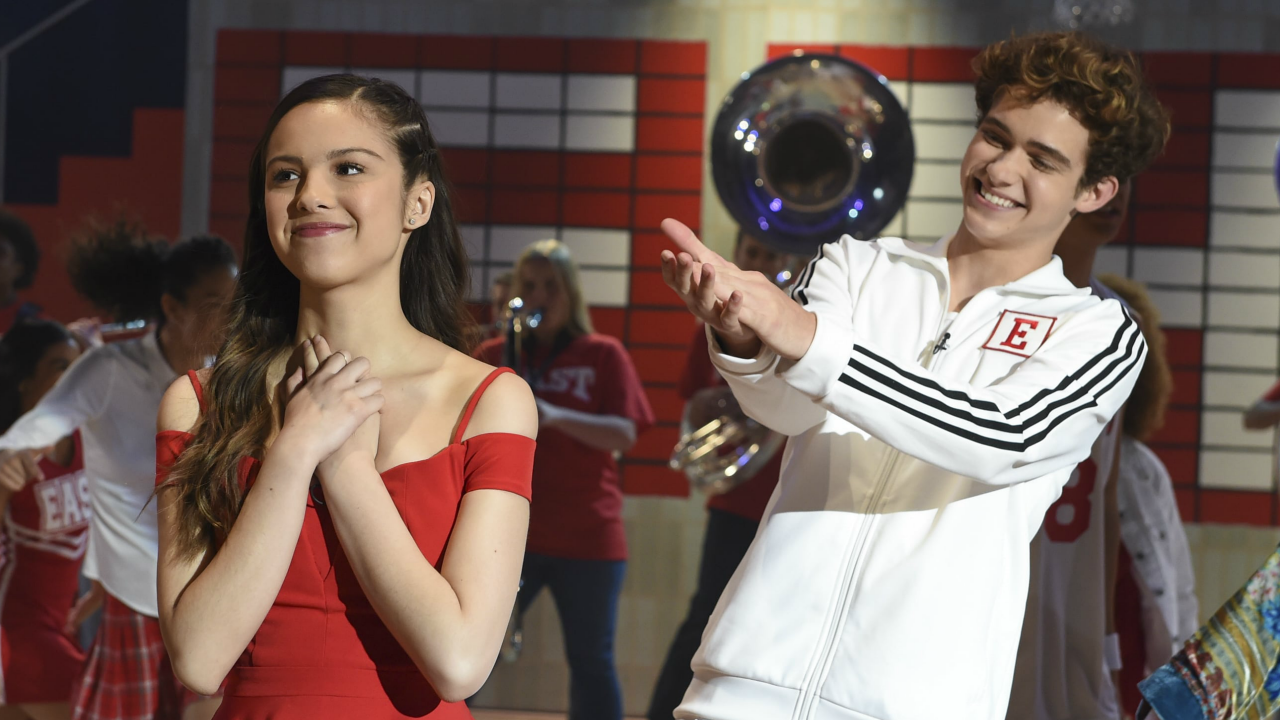 You might have seen a lot of conversation about Olivia Rodrigo at the moment.

This is for a few reasons. The actress recently released a song called Driver’s License.

While the song is a banger, it’s getting a lot of attention for another reason.

Let us break it down for you…

Olivia plays Nini Salazar-Roberts in High School Musical: The Musical: The Series, and also writes songs, including songs for the show.

Over the weekend, she released Driver’s License, which fans were obsessed with.

Was Olivia in a relationship with costar Joshua?

If you watch HSM:TM:TS you’ll know that she and Joshua Bassett play love interests but many assume this relationship is not just for TV purposes…

Though the two never confirmed they were dating, they did hang out a lot, had a lot of chemistry and even seemed to have written a lot of songs about one another.

Then, it appeared that they split up in the summer of 2020.

Around this time, Olivia posted a video “you think you can hurt my feelings” video on TikTok while All I Want played in the background. “I wrote this song” she said.

The caption read: “and that’s on failed relationships.” Oop!

Also around this time, Olivia posted a sassy photo of her and friend Iris Apatow wearing ‘Dump him’ tshirts.

This was also when Joshua was papped having lunch and laughing with On My Way singer Sabrina Carpenter.

They also went in a couples costume for Halloween, dressing as Shark Boy and Lava Girl sharing videos of it on TikTok.

Joshua and Sabrina seemed to get close when he and Olivia were still an item, but really it’s hard to tell as they never confirmed it.

Why do people think it’s about Joshua?

While they haven’t spoken publicly about it, the lyrics in Olivia’s song seems to be bringing it all backup.

“And you’re probably with that blonde girl
Who always made me doubt
She’s so much older than me
She’s everything I’m insecure about
Yeah, today I drove through the suburbs
‘Cause how could I ever love someone else?”

There were lots of other references, including the fact that Joshua allegedly taught Liv how to drive.

Plus, In 2020 Josh wrote a song called Anyone Else which everyone felt was definitely about Olivia.

In Olivia’s song she writes: “Guess you didn’t mean what you wrote in that song about me

‘Cause you said forever, now I drive alone past your street.”

Are other cast members involved in the drama?

Well, some fans have reason to believe there is some beef between the cast and Joshua, because they’ve been full of praise for Olivia and everything she does, but not so much for Joshua.

For example, when the song dropped, lots of her HSM costars shared praise for the song on their IG stories.

Joshua posted about it but Olivia did NOT share his stories, and instead shared most of the others.

Could it be about someone else?

Finally, when fans theorised that the song might be about her ex Ethan Wacker, he responded on TikTok saying ‘nope, I treated her well’. SHADE!

Sabrina’s ex-boyfriend Griffin Gluck also gave Olivia’s new song a shout out on his IG. Griffin and Sabrina also broke up around the summer.

Of course, all of this is essentially a fan theory. And for now, no one involved has commented to confirm or deny these rumours.

We’re keep you posted with more updates though!

P.S: Back in May, we caught up with Joshua and Olivia to talk about the Disney show. You can check that out here.