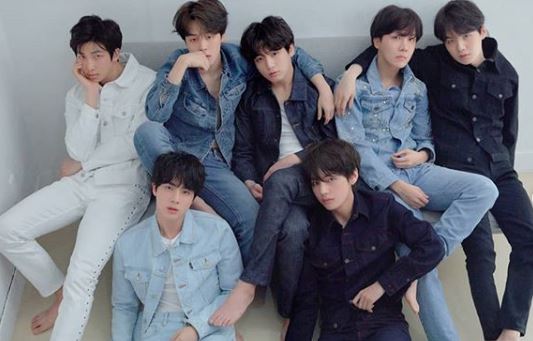 It’s quite often that we see BTS trending, maybe a new album has been announced, or maybe Jimin has dyed his hair again. This morning you might have woken up to see the boys trending once again, but this time it’s for none of the above reasons.

The actual reason that they were trending last night is because of their ‘dynamite’ performance at last night’s Billboard Music Awards.

Yep, last night tons of big music celebs took to the stage to present and perform at the awards ceremony – safely, of course. But, it’s the BTS boys that have people talking, and are we even surprised?

Performing their hit single Dynamite, BTS showed off some of that iconic choreography we all know and love, all the while wearing matching burgundy suits. They also went on to win Top Social Artist for the fourth year in a row, so you know, no biggie.

Dancing and singing in front of a virtual screen at the Incheon Airport in Seoul (which they rented out btw), the performance sent the Army crazy, and in no time #BTSxBBMAs was trending on Twitter.

Everyone else: *Surprised that BTS actually rented an airport for their performance* #BTSxBBMAs
ARMYs: pic.twitter.com/1ASdG1Eswh

Kim Taehyung‘a vocals are on another level today. The fit, the vocals, the charisma all on 100% today #BTSxBBMAs @BTS_twt pic.twitter.com/gwxqueXVe8