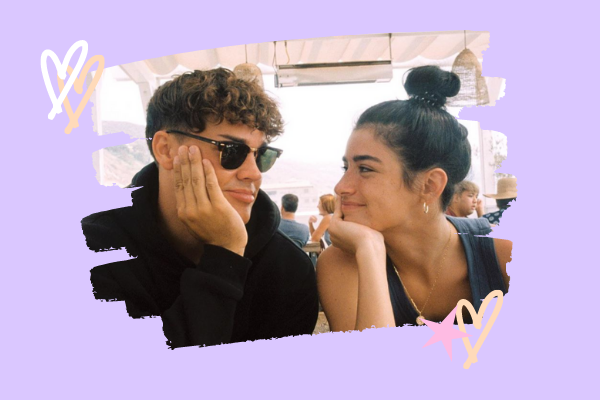 If you were shippin’ the idea of Dixie and Noah from the start, we’re sure you were only delighted to hear that the pair made things official just days ago.

We mean, it was bound to happen, right? Especially after eagle-eyed fans spotted a pic of Dixie and Noah kissing as Noah’s wallpaper on his phone. It turns out there was a reason why the pair didn’t want to go public immediately.

But let’s back up a bit, shall we? Noah first confirmed the news while on an episode of AwesomenessTV‘s digital show ‘Vs‘, adding that “Dixie is amazing, she is an awesome girl. It’s been really fun, and so I’m excited for the future with her.”

Then, speaking about why they decided to keep their relationship under wraps, “The plan was to stay private,” Noah revealed to Hollywood Fix. He continued, saying he was “more out there” when it came to showing Dixie affection, leading fans to think he was being friend-zoned.

So, the pair finally decided to make it official, with Noah saying that it “feels good” to finally be able to talk about it. “It’s awesome,” he said. “She’s dope.”

Well, we love this for them.

Read Next: There’s A Wild Rumour That Noah Centineo & Stassie Karanikolaou Got Married?!