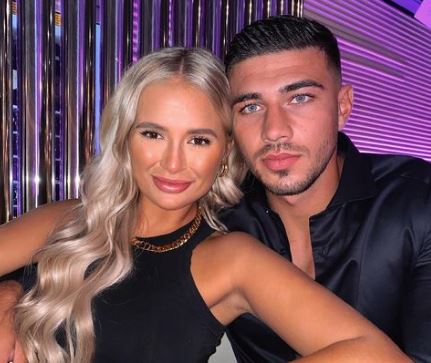 Tommy Fury has shared the reason behind pulling out of his fight with Jake Paul.

The reality star and boxer was due to fight YouTuber Jake Paul in Florida’s Amalie Arena on December 18th.

However, Jake revealed yesterday that he would instead be fighting UFC Welterweight Champion Tyron Woodley.

So why is Tommy no longer fighting?

In a statement released yesterday, Molly-Mae’s other half explained that it was due to injury.

“I am absolutely heartbroken that I have been forced to withdraw from my fight with Jake Paul due to a bacterial chest infection and broken rib,” he revealed.

“The beginning of my camp was going so incredibly and I never expected anything to come in my way from a victory on December 18. I can’t express now disappointed I am and I really do hope we can get this fight rescheduled in the new year.”

“I want this fight to happen more than anything. I’m now regretfully putting my focus on recovery and a further reschedule date.”

He later took to Instagram to reiterate that he is looking to reschedule the fight, and is not pulling out for good.

Jake Paul has now said he doesn’t want to fight Tommy implying he wasn’t as committed to the fight as Jake was.

He said: “He didn’t show up to the press conference then he pulled out of the fight.

“He’s done a terrible job of promoting the fight we had; he posted on social media once every other week. He’s not as hype as everyone thought and I’m p***** off now. I don’t like him and I don’t want anything to do with the family.

“I think they’re sketchy and they’re shady and I don’t really see a reason to come back next year and give him that big of an opportunity and that big a pay day.

“It would almost be more fun and more satisfying to leave him the dust and let him fight until he’s 25-0 to get the same pay day as he was getting in his eighth fight.”