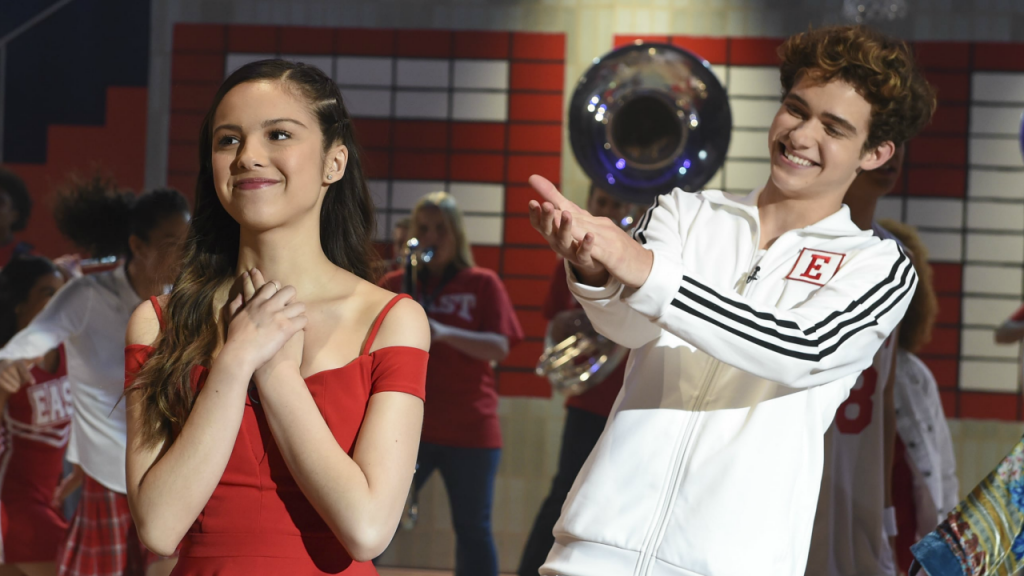 The hit show, which airs on Disney+ follows students at East High School where the OG movies were filmed.

It stars Olivia Rodrigo and Joshua Bassett as well as Matt Cornett and Sofia Wylie.

In season one, the series follows members of the drama club and their faculty advisors as they work their way to opening night of their school’s first-ever production of “High School Musical: The Musical.”

Season two culminates in a performance of “Beauty and the Beast.” Show-mances blossom, old friendships are tested while new ones are made, rivalries flare, and lives are changed forever as these students discover the transformative power that only high school theatre can provide.

The new season however, is set to take a different spin, as they leave the classroom. Instead, it will be set during the summer, while the gang head off to camp.

It will follow the Wildcats as they leave the hallways of East High for the ultimate summer at sleepaway camp, complete with campfires, summer romances and curfew-less nights.

Production for the third season will relocate from Salt Lake City to Los Angeles and begin later this year.

We can’t wait to see the Wildcats summer of fun!