When you’re in school, it’s super hard to have to decide on your future career. There’s already hours of homework and study and you’ll soon be making decisions about college courses and what to do after school. At KISS we’re chatting to people in different industries about how they’ve landed their dream role, what they actually do, and their advice to you.

This week, we’re chatting to Kerry Ellis, West End and Broadway star who was the first UK Elphaba in Wicked among many great roles, and is currently touring with the show ‘Anything Goes’. She explains to KISS how important passion is in a job like this and how one phone call can change your life.

What is your current role?

I play Reno Sweeney in Anything Goes and she’s a confident, brassy, celebrity and evangelist. But, under all the bravado and front and strength and confidence, she has a vulnerability and has a soft side so she’s fun to play. I also get to do all the song and dance numbers which are, which are a lot of fun.

And I get to do a brilliant number with Hayden Oakley called Gypsy, which is where she’s being seduced for the first time by this guy who has completely blown her over and she didn’t see it coming. It’s a comedy number and it’s probably one of my favourites in the show. 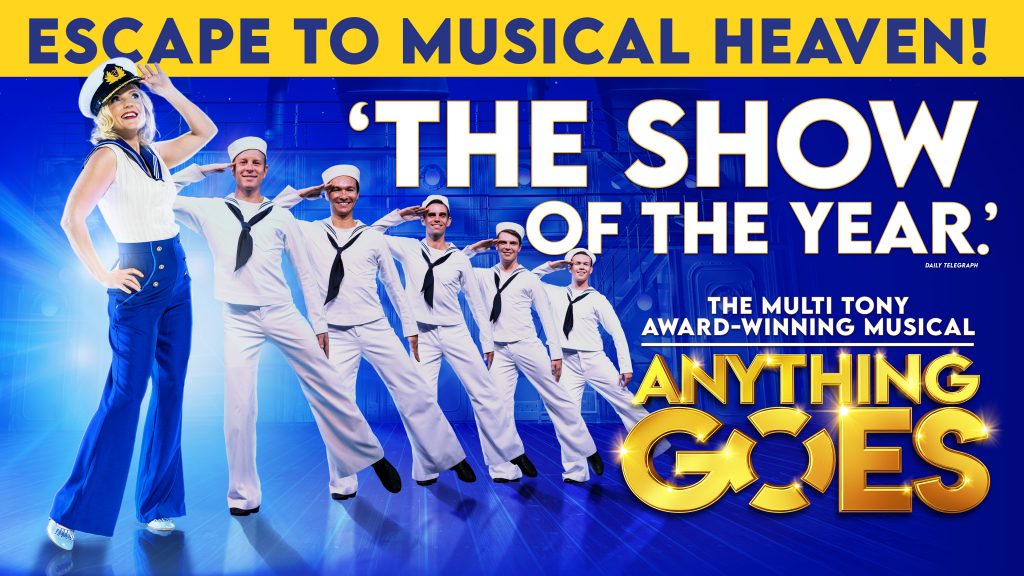 Can you describe what your general day at work looks like?

Depends on the day!

If it’s a show day, I will probably get up do some exercise, because you know I’m getting a bit older now and I need to look after my body a little bit. Go for a run, go to the gym, something like that and then have some lunch and go to the show!

Then we do a big company warm up. Everyone does a bit of singing a bit of dancing to make sure that we’re not going to injure ourselves, and then off we go.

When I’m touring especially or when I’m doing a show like this, the day is all geared around getting ready for the show.

How did you decide on this type of career?

I don’t think I particularly thought too much about how it was going to happen or how I was going to do this.

I’ve been all over the world and done all different sorts of performing in concerts, in studios and in musicals, and it still challenges me, it still surprises me and I like that. There’s no premeditated route. There never has been and I don’t think there will be.

What did you study to get to this point in your career?

I went to a drama college when I was 16 and called Lane Theatre Arts, which was predominantly a dance college, and that was the last time I wore a pair of tap shoes until now, which is a few years later…hahaha

I went down that route of going into training for three years, whether it was the right or wrong thing to do, I don’t know. But at the time, that was an option for me and an option I saw as a route into the industry.

And at the time, there were only six big theatre colleges out there. Now there are lots more options and variety. My dance teacher went [to Lane Theatre Arts], So I saw that as a route in.

What are the ups and downs of the role?

The physicality I guess, it’s quite challenging… it’s a lot, but I love that. [The role of Reno Sweeney] is not as vocally demanding as some of the other shows that I’ve done, so I’m kind of enjoying that I can be a bit freer with it.

I’m just in really enjoying the role, there’s no downside I don’t think. The only tough bit is that I have young family, so touring is always challenging because it takes me away from home.

What advice would you give to a student looking to get into your line of work?
You’ve got to love it. It has got to be your every day because it’s tough, it’s not an easy career to choose. I think you have to be passionate about it because it’s so competitive, you have to commit. You have to really want it, I think.

You can catch Kerry in the fabulous Anything Goes in the Bord Gáis Energy Theatre from the 18th-28th of May.