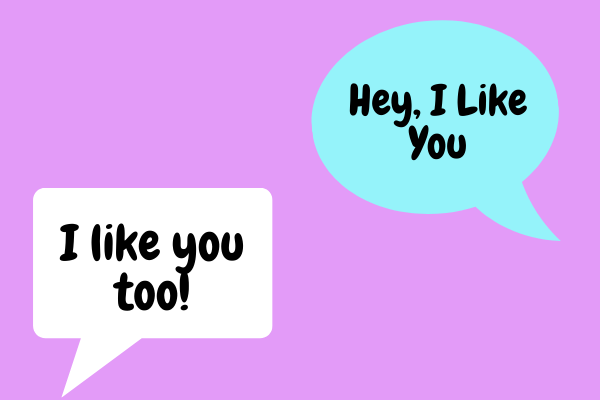 Beginning a conversation with someone you don’t know can be hard. So often our fear of rejection gets in the way of us making connections, but knowing how to make that first move with someone you’ve never spoken to before can be so daunting that you just don’t do it.

So, biting the bullet and making that first move not just with someone you’ve never spoken to before, but someone you actually have a crush on, can seem like the biggest task you have undertaken in your whole life. 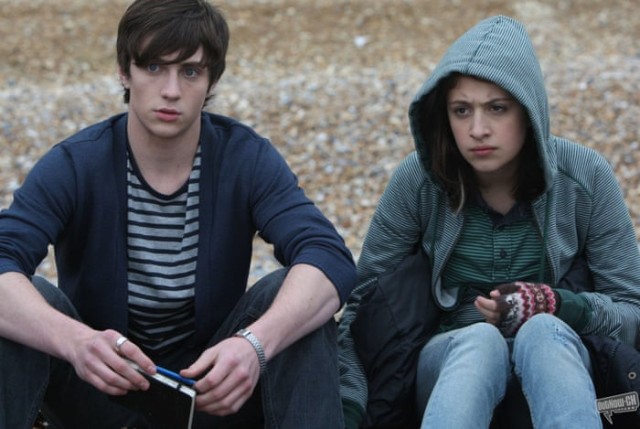 Speaking with your friends is easy, you know what to say, how to act, you always make them laugh and there’s never an awkward silence. But speaking with or texting your crush can be an entirely different ballgame.

But, the good news is, that there are ways for you to spark up a conversation with the girl or boy that you like, and it is possible to converse without feeling an ounce of awkwardness.

Whether you plan on working up the courage during summer to speak to your crush face to face when school begins again later in the year, or if you’d like to know what line to begin with when texting them, these handy tips will be sure to have you chatting in no time, and don’t worry, you can thank us later.

Don’t approach your crush in the middle of a busy hallway in between classes, and a random ‘what you doing?’ text at 1am is sure to go unread. Firstly, you need to choose the right time to say hi. Maybe start off slow with eye contact and a smile anytime you see them, or give them the odd like on Instagram or facebook, it’s important to lay the foundation first to gauge their response. If they smile back at you or like your pictures too, then you can feel confident in knowing that they have an interest in you too.

Wait until lunch break or after an event to approach them, planning a conversation during a time you’re both free is a guaranteed way for the conversation to flow freely. If you’re hoping to speak with your crush virtually, wait until a good time in the day, first thing in the morning and late at night runs the risk of being left on seen so pick a good time to start speaking. If you spy them active during the afternoon or evening message them then, and wait for their reply.

Thinking of the first to say to your crush can be the hardest part of approaching them. The best thing to begin a conversation with, virtual or face to face, is with something you have in common. That could school, sports, Netflix, or friends. You could start by asking them if they have any notes for your English exam (even if you don’t actually need them), or ask them if they saw the latest season of Schitz Creek. If you were feeling really brave you could invite them to something like a birthday party, or if all of the above scares you too much there’s no better opening then sending them a meme, because nothing says I like you like a gas meme.

Once you make the first move and begin chatting, it’s important to keep up the momentum. Keep conversation flowing by asking them questions and knowing what their general interests are. Think about what they might like or not like and naturally move conversation on to that. You don’t need to talk about anything too specific, but for example if you know that your crush loves animals, you could mention a new series you’ve been watching about dogs, or if they play sport, you could mention that you just took up a new hobby yourself. This allows your crush to talk about things that they like and will ensure that you both never run out of things to say.

Be sure to drop in some humour and compliments throughout the conversation if you can. Everyone loves to be complimented so if you like their runners, let them know, and let your bubbly personality come through in the conversation too.

By just working up the courage to say hi to your crush you’ve climbed a huge mountain, so don’t be too hard on yourself. We can quickly become fixated on how we want things to go, and if our experiences don’t match up to the ones we see on Tv we feel disappointed. So, maybe you stumbled a little while you were chatting, or maybe the meme you sent your crush bombed, it doesn’t matter, because nothing and nobody is perfect.

By putting pressure on yourself for things to go perfectly you can actually hinder your train of thought. Instead, let go of your worries and just allow conversation to flow. Be an active listener during the conversation and let them know that you’re interested in what they have to say by smiling, making eye contact, and giving them a response. If the conversation ends and you feel that it didn’t go exactly to plan, don’t be discouraged, now you know what not to do next time, and having the experience behind you will give you the confidence to try again. It’s highly likely that your crush is thinking the exact same thing as you, so don’t be so hard on yourself and romance is sure to blossom eventually, it might just take more than one conversation.