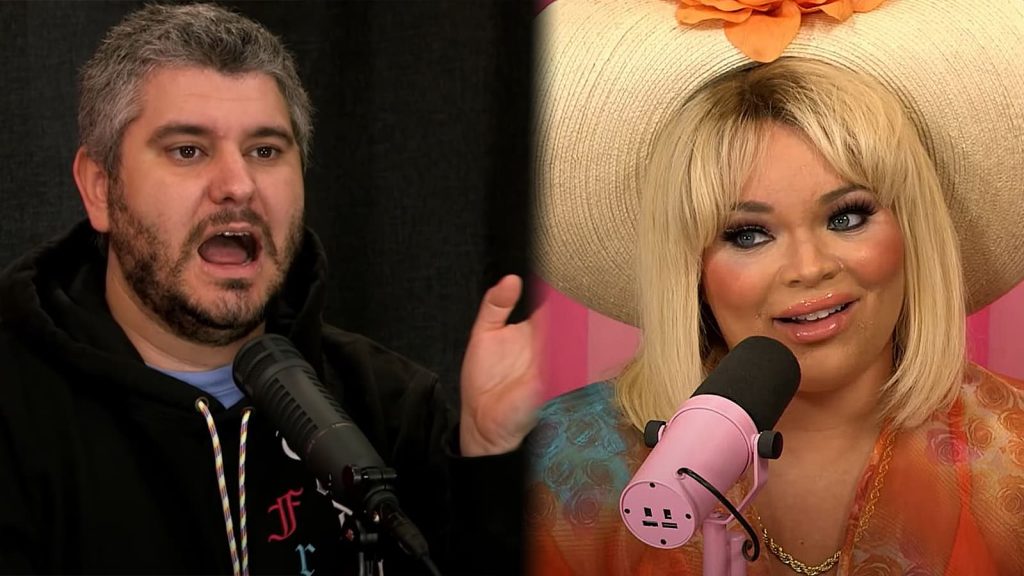 There’s been a whole lot of drama between Trisha Paytas and her Frenemies costar Ethan Klein recently.

Trisha left the popular podcast earlier this month following an argument between the hosts on episode 39.

The argument was allegedly about pay and creative control for producers and the team on the show.

At the time, Trisha posted a 22-minute video to share that they are “stepping down from frenemies”, where they detailed why they no longer wanted to be involved.

Now, Trisha posted another video titled ‘Apology to Ethan’ in which they spoke for 39 minutes about the incident and why she is now sorry about it all.

Praising Ethan, they said: “He’s very group-oriented as far as family and the people he works for, and I respect that. I do. I just hope this can give them some sort of peace to know where I am at.”

Trisha added that they wanted to apologise to Hila, Ethan’s wife and others to properly apologise.

Trisha added that they sabotated their involvement in the podcast.

“Even after the Frenemies fight, we talked really quick. I wanted it to be over cause I do get in the moment. It’s not anyone’s problem but my own. This is something that I really need to work on. At the end of the day, I messed up. I sabotaged another good thing in my life.”

They finished up by saying that they no longer wanted to go back and forth with Ethan.

“There’s only so much combat and back-and-forth that you can do in any situation. It’s almost like a relationship situation. I had to process why this was significant. This is my apology.”

Since this video was posted, Trisha has also deleted any videos calling out Ethan from her YouTube channel.

Ethan has not yet responded to the video, but here’s hoping it will all be civil from now on and the pair can move on…

♥ So, Apparently, Bella Poarch Cut James Charles Out Of Her Music Video