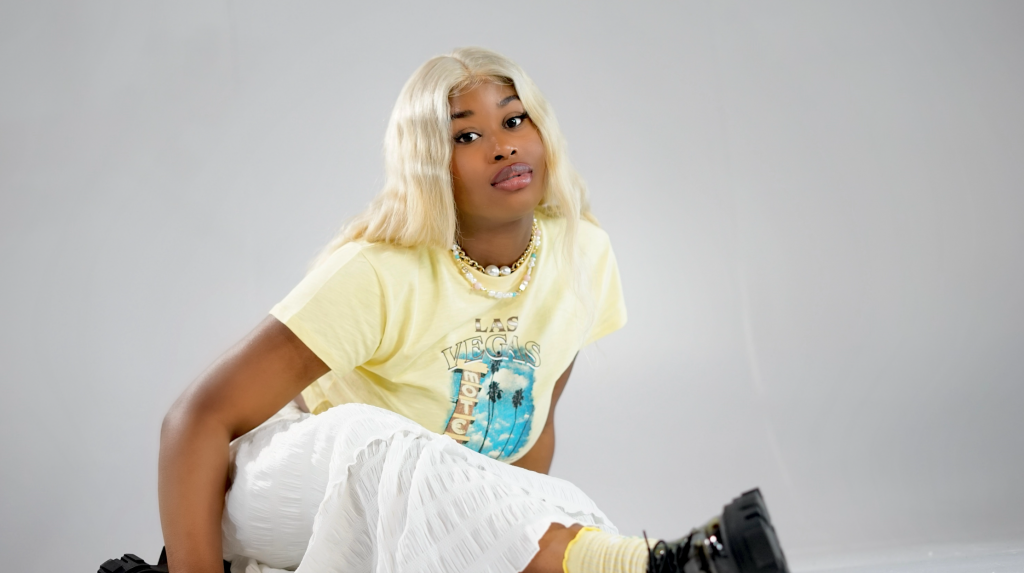 If you don’t know the name Victoria Adeyinka, you’ll have seen her on your FYP.

The teen has amassed over 15 million followers for her hilarious TikToks, all from her family home in Drogheda.

You’d think that with that level of fame it would be easy to become big-headed or braggy, but not Victoria. She remains humble, kind and as amazing by her virality as anyone.

Victoria speaks to KISS about social media burn out, her faith, and launching her music career.

Hi Victoria, tell us about your journey to TikTok fame.

“So, I started making videos in school. It’s so funny because it was the year of the Leaving Cert and everyone was studying and then I was just here making TikTok videos! I was just seeing these creators getting massive, they were flying out to LA, meeting new people, like it was just looking so fun. I was like, I want that, I want to get famous.” she laughs! “I knew I wanted to do that.”

She adds that going viral essentially happened by accident:

“It was so weird the way it happened because my first viral video was with my mum’s mannequin because she makes clothes and no one in the house would want to make videos with me, apart from my mum, so I was just like ‘there is a life sized manikin in my house, I’m going to use it to do a video’ and there was one take, it was an accident and I like popped the head off the mannequin and that got like 20 million views, and I was like [gasp!], next, next, next!”

“I didn’t even plan to do that type of content, but it was what was getting the most reaction, so I was like, since you’re looking at it, I’m gonna continue.” 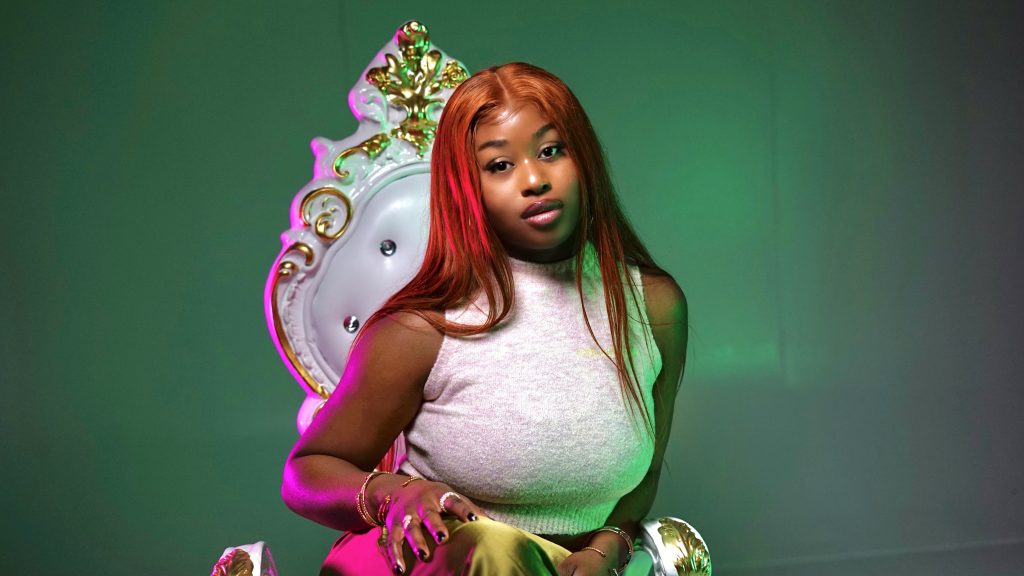 Why do you think that content performs so well?

“I’m as surprised as you are if I’m being honest, I just think it’s crazy, I just feel like people just like crazy stuff! It’s not normal, the videos that I do, so I would say that’s why! Even myself, when I’m making stuff I’m like ‘what is this?’, it’s not normal, so I understand why people want to watch it.”

She adds: “It was strange but because it was the pandemic it didn’t feel that dramatic when your videos are going viral you can’t really feel the impact of them because you’re just watching numbers go up but you’re not interacting with anyone so it’s really strange.”

Was there a particular moment that made you realise how big this was becoming?

“The biggest one was when Addison Rae followed me, but she doesn’t follow me anymore! I think Dixie followed me on TikTok and that’s when I was like, oh my gosh, people from America are watching me. I’ve had a bunch of shocker moments but I haven’t really felt it. Maybe when I make music and Ariana Grande says ‘hi’ maybe then I’d really care,” she laughs, adding that Ariana, as well as Olivia Rodrigo and Natasha Cobbs are her favourite singers right now.

She speaks about getting recognised in school and in her hometown in county Louth.

“It was really weird, people who would never even think of talking to you before were just coming up and being like ‘hi… ehh… congratulations’. You definitely see a change in your area with people and how they be towards you.”

She adds: “My parents didn’t even realise, they knew I was like, making noise in the house but they didn’t think about what I was doing it for, until I got 10 million followers on TikTok, it wasn’t really a thing for them. It wasn’t until the Irish Independent or the Irish Times or something did a story in the paper and you know they read the newspaper, so they were like ‘WAIT! Victoria! It’s that you?!'” 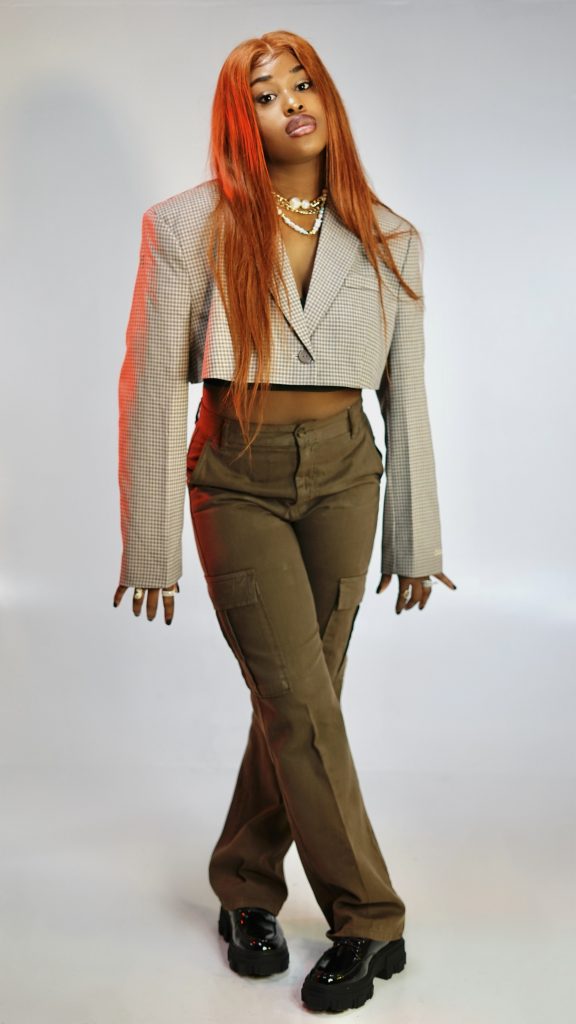 Did you see TikTok as a career option?

“I didn’t think about the future really, it was just like, I’m just gonna keep on doing this, and whatever happens, happens. But comparing the beginning to now, it’s really changed, I don’t really… it’s not that I don’t care as much, but that hyper stage is kind of over for me, I’m not trying to go viral any more.'”

Now you’re focusing on music, was that always part of the plan?

“I’ve been singing since forever, but I never thought I’d do anything with music, y’know, so in 2021 I just felt like God called me to do music, it was so weird.”

Over the summer, Victoria was flown out to London by Sony Music UK where she worked in studio with producers.

Speaking about the experience, she says: “When this music company that decided to fly me over to get some music done, I literally fell in love with the journey. It was over 10 days and I was like, yep, this is it!”

What was the reaction like from fans who might not have expected you to be able to sing on top of your comedy videos?

“People were happy but they were surprised, they were like, ‘wow I never knew you could sing’, there was great comments.

It’s kind of hard for them but if they don’t [like it], I’d have to be like ‘bye’ because as much as you’re doing it for other people, the thing about social media is that this is actually your life. It’s not like you’re donating your life for entertainment, this is your life so you have to be happy in what you’re doing.”

Tell us about your new single ‘This Abandoned’

“I went downstairs to my kitchen on night, it was really late and I just had this melody in my head and I just came up with the words of the song, and then the next day, I have a piano so I just started writing more music and lyrics.

“This Abandoned is basically a Christian heartbreak song, so it’s basically… gosh, I’m telling everyone what this song is about… but It’s about going through a scenario with someone, and you’re just upset but actually God has changed the scenario to make it a joyful one. So you know when people break up, they’re kind of against each other but this one is actually like ‘you know what, I’m happy now, so you can be too’.”

Victoria emphasises that her faith is a big part of her life.

“That’s the whole reason for this, I wouldn’t even think of doing all of this without God telling me, ‘listen, your purpose is to do music’. In 2021, God gave me a vision about my music, saying that it’s going to be great and wondrous, so I’m having faith to believe in what he said, and when he does make my music great and wondrous I can use that as a testimony for everyone to be like ‘wait, I can believe in something for myself as well’.”

You mentioned being tired of creating TikToks, do you feel a pressure to keep up the content?

“Right now, I’m not as excited to do [TikTok] anymore. Like, I really want to do music, so it’s just hard because it’s like ugh, I want the content but really I don’t want to do it. Even my friends and my parents are like ‘why are you not posting videos’ and I’m just like, I need to do music. I have more passion for it. I think that’s really important. It’s so important to really accept what you want to do, if I’m posting constantly but I don’t want to, people will see that and it’s just worse if you’re doing something you don’t like. So that’s how I really know that music is what I’m meant to do because I don’t get tired of it. When I’m in the studio I’m like this is what I want to do.

Oh my gosh, at the start, I would post three videos a day, but the thing is, I just loved it so much, so even though I would be thinking about what to post and making the content I’d be like ‘yes!’. But now it’s just like, I don’t want to do that the way I was before. I was younger, that was two years ago when I started and I’m 18 now and I’ve matured.”

Was social media and music always part of the plan, or has it just happened that way?

“It’s gonna actually blow your mind, but before TikTok I wanted to be a mental health nurse but I did it for like five months and I was like, this isn’t for me. I just did that to have a secure career but that’s so wrong. I would tell people don’t do that just to be secure because you’re not going to stay in it for a long time, you’re literally going to hate every day that you go to work for the rest of your life. No matter about money or anything, if you know that’s what you want to do and that’s what you’re calling is, go for it.

Victoria adds that she’s ready to see where music takes her, even if that’s to LA or the UK full-time.

“I would 100% [move]! I’m expired here, I’m like a rotten apple here, you know when you just feel like you’re overdue somewhere. I’m still very much in this song, I’m not going to move on until this song does what it’s hopefully going to do, but I would love to make an album.”

When asked what she’d say to anyone who’s surprised that the TikToker is on her way to becoming a popstar, her parting words couldn’t be more fitting, she smiles and gives me an enthusiastic: “Ta da!!”

Listen to This Abandoned here and follow Victoria on TikTok here.